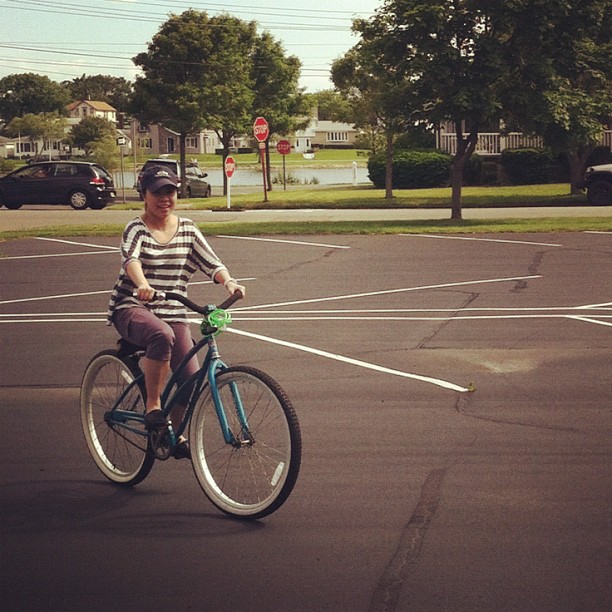 Yesterday I spent a wonderful Sunday at Mullally park with my son, wife, mom, sisters, nephews and a bunch of life long friends. It was a great day. A bit of a commute from Queens to the Bronx, but well worth it. I suppose that my mind wanted to continue this amazing day, as such I dreamed that I was out bike riding with my wife. At one point, she wanted to go into a bodega (grocery store) in Webster Ave to get a drink. So I waited outside for her.

Note, growing up in the Bronx in the 80’s and early 90’s I was robbed many times. They took gold caps (right out of my mouth), hats, headphones, money, bus passes, and bikes among many other things. Well in this dream as I waited for my wife, 6 guys approached me and asked me to get off the bikes. Remember I had already lived through this before. Now I’m older and I know how to better handle this type of trash. So I simply said “no”, usually thieves want weak victims and step away from resistance.

*Disclaimer* Use common sense when making this decision, its better to part with the coveted item rather than die trying to keep it.

At this point one of them decided to get physical with me, bad move buddy. I deflected his weak, telegraphed attack and struck this idiot right in the throat. These punks now know that I don’t fear them and though greater in numbers, I’m prepared to fight. Now people are starting to notice, one of the older guys flashes an UZI, at which point I decide my life is more valuable than the bikes, so I get off. Also I need to get rid of these thugs before my wife returns.

So they start walking away fast with the bikes, yet 2 remain to make sure I don’t follow. Then my wife arrives. One of the punks seems to like her and he says “I think we’ll take her for a little while to, you know what I’m saying. Better than death right?” Before this idiot could utter another word I reached in my pocket opened my blade and struck him right in the jugular! His friend said “oh sh*t this nikka slit his throat” and ran towards his friends with the Uzi.

I grabbed my wife and ran the opposite direction, we took a corner and ran towards a yellow cab. My wife was still dazed, unclear as to what exactly was going on. They got within shooting range and started firing in our direction. Thankfully thugs have garbage aim and missed us. We jumped into the cab as bullets rained all around us.

So what did I takeaway from this dream? You can have our bikes, but if you threaten my loved ones, well…..