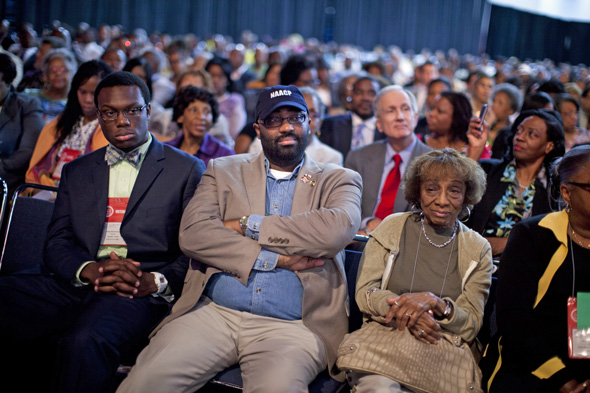 The tv, radio and interwebz have been buzzing with news of Mitt Romney being booed during a visit with the NAACP a few days ago. Without going into a repetitive story about what most people may already know, I’ll ask this question:

WHO IN THEIR RIGHT MIND IS SURPRISED BY THE FACT THAT ROMNEY WAS BOOED BY THE NAACP?

Republican Mitt Romney could have shown up with puppies and kittens for children to pet and he would have still been booed. Obama supporters would have said “He got all those puppies from a puppy mill after over breeding and then slaughtering their parents while simultaneously outsourcing the slaughterhouse and saying he understands!”

Let’s not kid ourselves here, the NAACP and Mitt Romney? How could that have possibly gone any other way? Considering that he was ONLY booed I’d say he is well ahead of the game.

Let’s look at it from another angle though, Romney has some balls of steel! To stand up in front of the NAACP, where basing my opinion solely on race I’d bet the farm that they ALL support President Obama. For him to try and deliver a speech to these folks, that’s a very ballsy move.

I wonder if the strategy will pay off, what do you think?