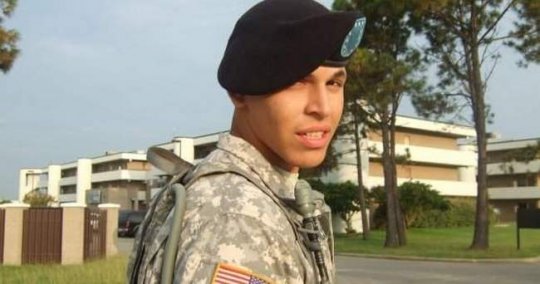 Noel Polanco, a 22 year old Corona, Queens resident which also happened to be enlisted in the U.S. Army National Guard was shot and killed by NYPD veteran Officer Hassan Handy. The shooting occurred after Polanco was pulled over by an unmarked police van for allegedly swerving in and out of traffic and possibly having cut off an unmarked police car at 5am on Thursday, October 4th, 2012. Polanco had 2 female passengers in the car, one happened to be a sleeping off-duty police officer.

Officer Handy is said to have a clean record with the NYPD and to have never fired his weapon until this tragic event. The NYPD official statement is that Polanco was pulled over, he was then instructed to show his hands as is standard protocol, but instead for some reason yet to be determined is stated as reaching under his seat for something (they found a power drill under the driver’s seat). That is when officer Handy opened fire hitting Polanco once in the stomach, he was pronounced dead about half an hour later.

Polanco was due to deploy for combat in a few weeks time and was currently working a janitor job. He was described as a hard working, nice guy that fit in and was well liked by his boss at the job he was working.

I find it a tragedy when someone loses their life, but it’s even more troubling when it’s a young person that is serving our country. Even more troubling yet is when it happens at the hands of another person serving our country. I know the media and anti-NYDP people will be having a field day with this, and tragic as it is, I do believe more details are necessary before passing judgement. The police did not find a gun in the vehicle, but found a power drill that they say was under the driver’s seat. Honestly I don’t know how relevant the power drill is to the investigation, unless it really was under the seat, and Polanco was reaching for it, then it raises questions.

A female friend states that they were not allowed enough time to raise their hands after the order was issue and the shot was fired. She says that he was killed intentionally. I think we can all agree that at this point the main issue at hand is whether or not Officer Handy had reason to feel threatened. It’s 5.am in the morning, still dark, car swerving, instructions ignored (allegedly), who knows what was really said, reaching under the car seat (allegedly), I don’t know, this is a tough one and without being there we are left with the officer’s word against the word of Polanco’s friend Diane DeFerrari . At least one of the two female passengers (the off duty cop) was reported (allegedly) as being asleep when the shooting occurred. Convenient sleep? Again, who knows?

Rest in peace brother Polanco, our condolences go out to the friends and family of this young man.  I hope that the truth comes out and justice prevails.

Just some advice when dealing with any form of law enforcement, when pulled over, or stopped, you should always keep your hands visible, make your moves slow, deliberate and clearly announced. This would hopefully prevent any accidents from happening. The few times I have been stopped by the cops, I always kept my hands visible, and informed them when I would be reaching for my wallet, or anything else. Better safe than sorry.

For further details on the story take a look at the original NY1 article.

I agree. The question I have is whether or not he reached under the seat, how it happened, etc.

Either way, I question if the police officer approached the vehicle with guns drawn, etc.

I have Never spoken out on anything! But this is not good!!!! NYPD needs to get their act together! Let's have more training please!!

This has me very upset!!!

Tracy, I totally understand. We'll see as the facts come out what happened. If there was criminal wrong doing, then the man responsible needs to pay.

Yea, swerving in and out of traffic isn’t really an exact threat of violence from somebody. Either way cops are stupid & deserve to be beat & shipped to Libya.

It seems that the nypd had a license to kill as of lately, especially if you black.

mr rodriguez with respect to your military service i would have expected you to see that this clearly is a road rage incident that went out of control the NYPD has a history of corruption ,coverups ,abuse of athority and killings of innocent people you should understand this if you live in nyc but i guess you are blind.

I don’t know Raymond. Simply getting out of the car and shooting someone due to road rage? I’m not saying it’s not possible, it definitely is. I just wonder how likely it is.