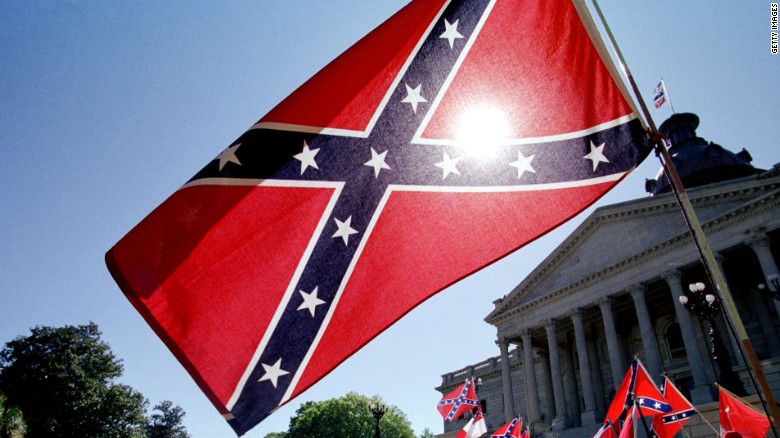 Someone put up a post on Facebook attempting to justify the flying of the Confederate flag. I haven’t had too much to say on this topic because I am more focused on the acts that prompted this debate. Those actions would be the murders by that nut job, Roof, in South Carolina. I’m more focused on making sure that he is hung for what he has done than I am in debating the flag, or any other justification points that people are using to attempt and explain his behavior.

The writer who I will not name here was stating that many Americans fought, bled, and died for the Confederate flag and their states. He believes that due to the sacrifices of those who died you cannot blame these people for being proud of their past and their heritage.

The author of the post stated that slavery happened, but it is in the past, it is history and should be left as such. He argues that you shouldn’t bring it up to push a political agenda. He maintains that if those people want to fly their flag, they shouldn’t be ashamed of it.

This post was written by a black man, not that this is all that relevant, but I thought I’d throw it in the mix for good measure.

There is some truth to his statement, many did fight and die for that flag. They were fighting for many other things of course, but we are not going to go there today. Also, I have to be totally honest with you guys and state that I don’t know all that much about the Confederate flag. I know as much as your average person, I’m not a flag expert.

What I am though is a logical person, one who can think things through and reason. So his statement got me to thinking. If this is the reasoning that he is using to justify why some folks should be allowed to fly this flag, can’t one then argue that many people also died and bled for the Nazi Flag? The Nazi party members had children, and their children had children. They also have family who bled and died for their flag and their state. Hitler happened, but that is the past, and should be left in the past. I wonder if this gentlemen would then also argue that descendants of Nazis should also be allowed to fly their flags proudly? Because, you know, its all in the past. I mean it is the past, isn’t it?

By his logic, that should be okay. The Nazi flag wouldn’t be seen as a symbol of hate if flown today by people who are just “proud” of the sacrifices made by their ancestors.

So, I wonder, Mr. original poster, would you still stand by that reasoning given this alternative point of view?