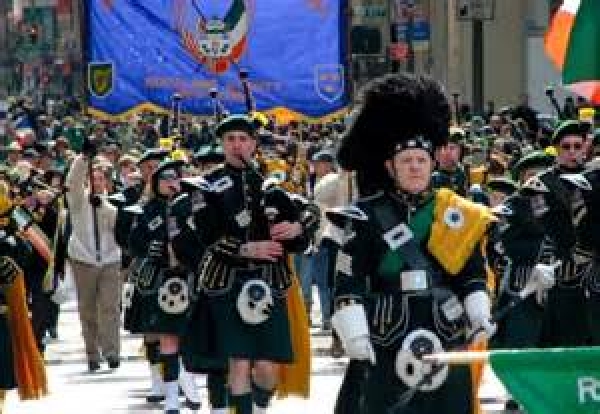 During the Wayne Dupree Show last night, we lightly touched on the topic of homosexuality. We spoke about how Guinness withdrew from the parade. The following quote came up on several occasions in the spreecast chat room, “love the sinner, hate the sin.” The team and the viewers were debating their feelings in respect to gay rights and the sort.

This is a very heated and controversial topic. Conservatives, for the most part, are Christians as well. For instance, this site has strong Christian leanings. This should be obvious considering that the owner was a pastor. That being said, by definition alone, one would expect that conservatives would generally condemn homosexual relationships. If you are a man of God, and you follow the Bible, then the doctrine is clear as day. According to the Bible, homosexuality is a sin; it is as simple as that.

However, politics are hardly ever that simple. Things are not black and white, there is also gray, and a whole rainbow of colors. No pun intended. No politician who wants to appeal to the general masses can blatantly target gays, or any specific group for that matter.

Mind you, this post isn’t about being politically correct. This is about staying relevant and coexisting with the people of the earth, in spite of how different they may be. Rand Paul said it best when he stated that the GOP needed to appeal to more black and Latino voters, otherwise the party is doomed to a permanent minority status in the government. Possibly even worse if things don’t change!

My bottom line when it comes to gays is very simple. I don’t care what you do behind closed doors, that is not my business. I have no issue with you taking pride in your sexuality. Be proud, be loud, be happy. I don’t care. I only ask that just as I respect your rights, that you respect mine. Don’t cram your lifestyle down my throat, don’t attempt to hijack parades, and don’t get mad when we express pride in our beliefs.

Let’s flip the script, do you think that gay pride parade organizers would allow anyone to hijack their parade? I don’t think so! I hate dog fighting rings. I think they are terrible, evil things. Though it is a noteworthy cause, what in blazes does it have to do with the gay parade? Why would any organizer allow me to march promoting an unrelated cause? Should PETA then call the gay community dog haters because of this? Of course not, the reason for the rejection would be that it has absolutely nothing to do with the theme of the parade. The same applies to the gay signs that were rejected here, they have absolutely nothing to do with the St Patrick’s day parade.

It’s not discrimination, just go ahead and get over it.

Was St. Patrick a Homophobe? http://t.co/VaMgzg4hVj