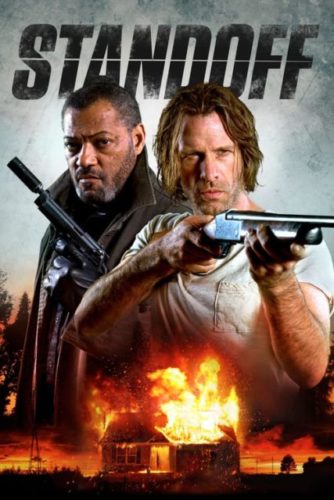 This is another movie that I had never heard of, but also showed up in my Netflix recommendations. I decided to give it a try and I was going to give up a couple of minutes into the movie. The whole premise of the film is two guys in one house fighting over protecting a young girl. I thought that perhaps that might bore me but I think I was wrong.

I don’t immediately recognize the actor opposite Laurence Fishburne, but he was pretty good in his role. Laurence Fishburne was also pretty good in his role. However, I felt like he was trying to be like Samuel L Jackson in some parts. There were periods where he was screaming and he finished with motherfucker! The way he said it, the tone, and everything was very reminiscent of Samuel L Jackson’s style. It is entirely possible that he was paying homage to the man and that I’d be okay with. But if he was trying to be like him then I’d highly discouraged that in future films.

Considering the limited stage of this film and the simple plot, I have to say it was fairly entertaining. Most of us are at home right now and this is an okay film to watch during the lockdown.