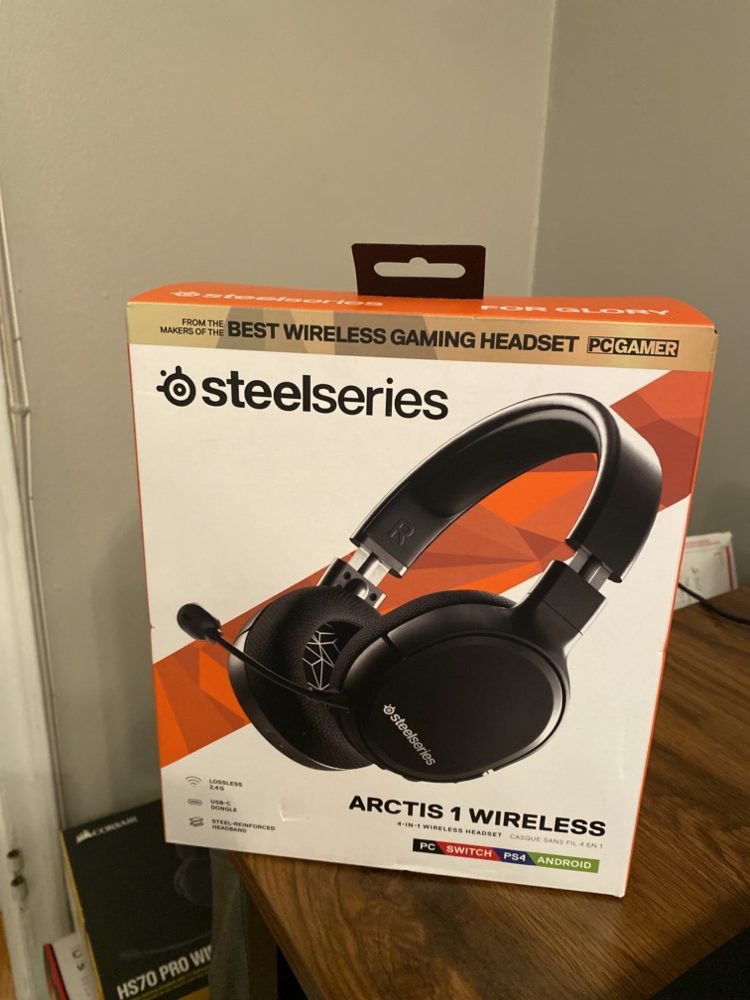 When it comes to gaming, I was looking to stay on a wired headset. I was quite concerned with latency in the audio and that kept me from even looking at any wireless headsets. However, I decided to bulk purchase a bunch of wireless ones to test out and for comparison to their wired counterparts. Bestbuy allows you to return any product within 14 days, so worse case scenario, I’d get a bunch of products to review and I could simply return them if I hated them.

So after weeks and weeks of experimenting and trying both wired and wireless headsets, I’ve finally made up my mind on which to keep. I’ve decided that the Steelseries Arctis 1 Wireless is my new gaming headset.

So what did it eventually come down to? Well, there were two major factors that lead me to this conclusion, cost and appearance. Why are those two the main factors you ask? Because honestly, I really couldn’t perceive the difference between a $70 headset and a $200 headset. The fact that the differences between such a price gap were not mind blowing led me to the more logical and tangible factors, cost and appearance.

This headset is just as comfortable as any other that I tried, the audio sounds really good sound and provides me decent spatial awareness. I noticed absolutely no lag while in game, at all! That was a huge deal for me as I tried gaming with a bluetooth headset before and there was a horrible delay in audio. The boom mic sounds pretty good despite it being a wireless headset which uses some degree of mic compression while emphasizing bandwidth for the audio portion. The audio drivers are 40mm drivers as opposed to the 50mm which the Corsair HS70 have, that was the other top contender here. But I really couldn’t perceive any difference in the two. They were both really good.

The Corsair HS70 headset was about $20 cheaper, but I really like the look of the Arctis. In addition to that, they use a smaller, snazzy looking USB C dongle which is easily concealed in the back of my laptop as opposed to a bulky USB A one sticking out from the side. The Arctis also has a 3.5mm cable which can be used if the battery dies and for non-compatible devices. Those extra features are pretty nifty but if im being entirely honest here, I just liked the Steelseries look and feel more that the HS70. Frankly, I don’t care for that cream look too much. I don’t hate the look of the HS70, I just like this one more. So those other features, though quite nice and helpful, they weren’t the deal clincher for me. It was the look and feel.

So after all these weeks, possibly even months, a decision has been made. I went wireless, despite thinking I was going to stay wired, and I chose the Steelseries Arctis 1 wireless.