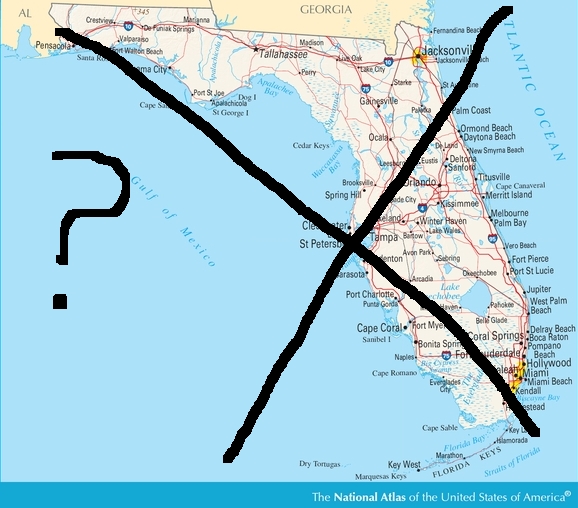 Due to the recent “not guilty” verdict on the George Zimmerman murder trial, the community as a whole has been split. You have the supporters of Trayvon Martin and his family, and then you have the supporters of George Zimmerman. Never to be outdone, some artists have taken up arms against Florida and their evil “Stand your ground law”.  Some have even taken up arms against any state that has the evil, minority-targeting “Stand your ground law”. I mean, it’s not like George Zimmerman is Hispanic at all.

Spearheaded by Stevie Wonder, and allegedly followed by others including Madonna and the Rolling Stones, these artists have said that they will not perform in Florida until the state changes “Stand your ground” laws. Except for Stevie Wonder and some smaller “b” list artists, none of these other artists have actually confirmed joining the boycott. Jay Z and Justin Timberlake who supposedly are part of the movement are actually still scheduled to perform next month in Miami.

Perhaps these artists didn’t really think this through. You know, they just jumped aboard the band wagon, “Yeah man, boycott Florida”. Then they realized how much money is actually coming into their pockets from the state of Florida. These artists may be wealthy, but they always want more money.

In any case, one of the best comments I read regarding this topic was from a user on a forum, he said the following:
“These artists really overestimate their value”. I thought that was a perfect comment and true beyond any doubt. Artists have always been known to share their opinions on politics, and there is nothing wrong with that, they are entitled to their opinion. The part that I find humorous is to have them think that a whole state will change their laws because they vow that they won’t perform there. That’s pretty presumptuous of them, isn’t it? I can see the governor now: “Oh no, Stevie Wonder isn’t going to perform here anymore, let’s change the law right away.”

Stevie Wonder is a musical genius, he seems like a nice guy, and I admire his work. However on this matter we do not agree. As a musician myself, I often struggle when I have to endure politics that I don’t necessarily agree with from other artists. 9/10 times at a show someone will do a piece that is completely against my personal views. However, as an artist, I have to be aware that most of my peers will be Liberal in nature. It is quite evident by these “boycott” threats from all these artists.  All the same, it is quite humorous that most haven’t actually solidified their boycott commitment. Who wants to play with their income? “Well, I think ‘stand your ground’ is wrong, you know it’s all love right? But I got a get paid, man, I got a kid to feed”.

Stand your ground is not a pass to murder people, these guys need to read up on the law and see how it actually works. Living in NYC, I hate that we have to “retreat” and “warn” a criminal before we “defend” ourselves from their threats. In this liberal haven they will crucify a legal gun owner if they shoot someone! Even if it is evident beyond any doubt that you were defending yourself, odds are that you will do jail time. Unless you are a criminal that owns an illegal gun, then you’ll probably get away with it or at worst get a very brief sentence before you are back out on the streets committing crimes again. Go liberal logic!