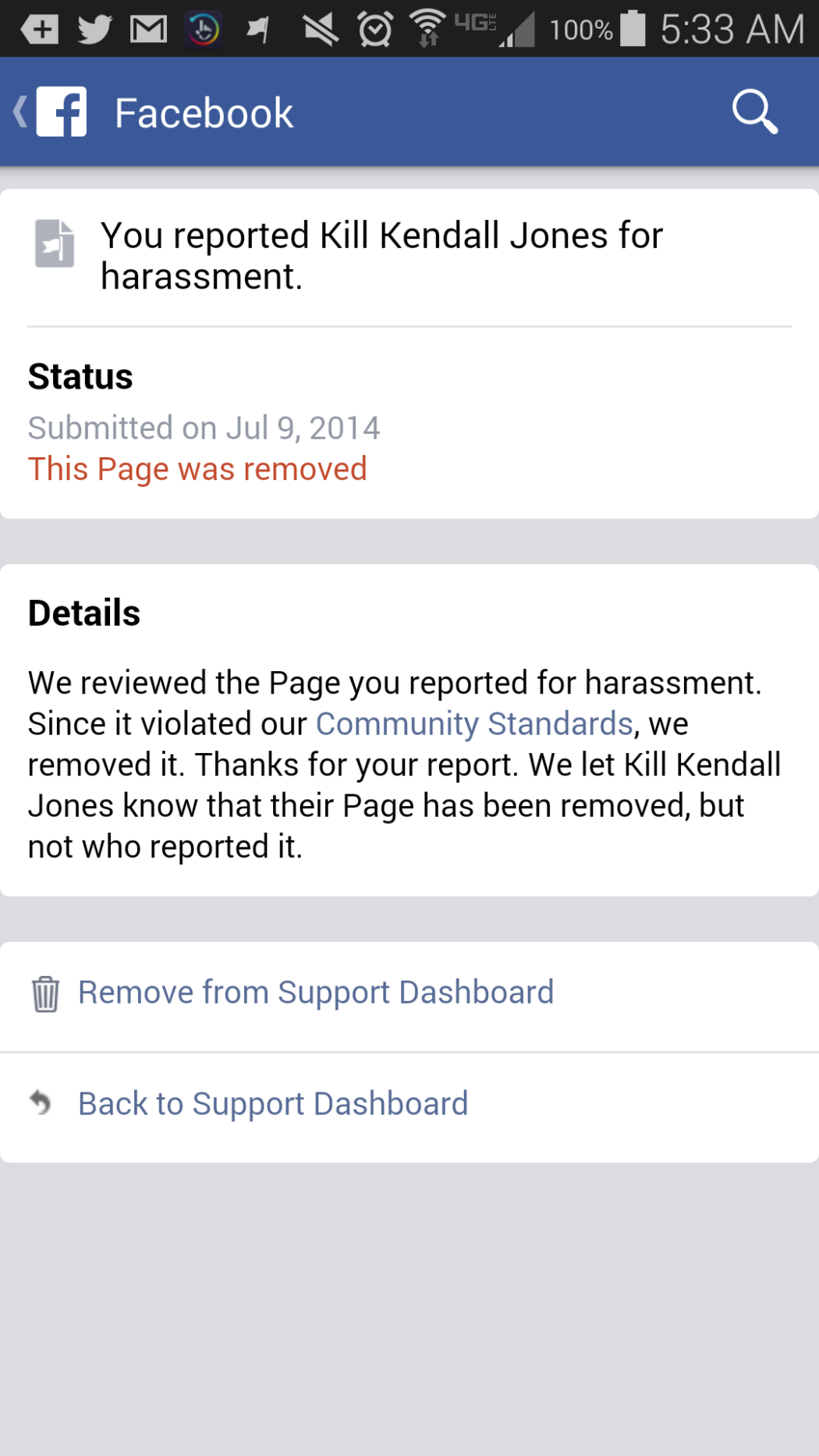 It would appear that the folks at Facebook are not as blind as we had initially thought. I received this notification this morning, stating that they have “reconsidered” my request to remove a page that was calling for the murder of another human being. Well, gee, thanks. They don’t always get it right, but at least they did the right thing this time. After reconsidering my request. Small victories ladies and gentleman, small victories. I’m not taking sides on the hunting aspect of things, that’s between her, the local laws, and her conscience. However, I could not support a page requesting  for her murder, that’s insane. If we did something like that, we’d be banned from Facebook, and the internetfor life.