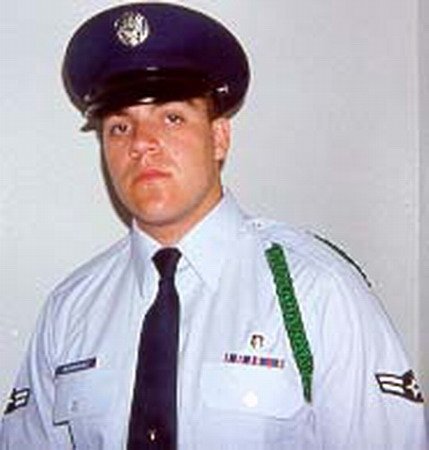 When I first arrived at basic training, I had a throat and ear infection. As such, I was taking antibiotics and I did receive clearance from my command to bring them to boot camp.

I think that they knew I had the medication beforehand and formulated this plan before I arrived because the Military Training Instructors specifically targeted me on the first day. They came over and emptied out all of my items on the bunk. Once they saw the medicine, they then brilliantly began a barrage of verbal abuse where they accused me of trafficking drugs into the Air Force.

At one point one of them asked me, “Where are you from, Rodriguez or whatever your hispanic name is?” Again, I think he knew, and this was just a setup for another brilliantly prepared punch line. Military Training instructors can be pretty damn funny, though it wasn’t funny to me at the time!

When I said I was from The Bronx in NYC, the senior TI started screaming, “Now there’s a freaking surprise! A Latino from the Bronx bringing drugs into my Air Force. Jesus Christ, how predictable is that? Get out of my face Rodriguez!”

This happened in the late 90s, and though I look back at those memories and find them rather funny, what’s not too funny is the stereotype that as a Latino, I was expected to have drugs on me. In fact, they also patted me down looking for knives! I wasn’t the only one, everyone got it at basic. But I was the first, and set the tone!

Though they were just messing around, as drill instructors are supposed to do, (I hope) the only way to truly combat those ideas is by rising well above them, excelling, and through your actions, educating people that we as a people are so much more! But we don’t do this by arguing, debating, you do it through action.

During basic, I became a element/squad leader, I was house mouse (coveted, cushy job) and also the academic monitor tasked with ensuring that all of the airmen passed the academic exam after boot camp.

My actions made me a leader while in training. This continued all throughout my brief military career. In Tech School I was a “green rope,” (student leader) and I was tasked with running the day room, and moving the flight/squad from place to place. I even tackled a drunk Staff Sergeant and held him down until the Security Police arrived. He wasn’t happy with me, but he was being a real jerk in my place of command.