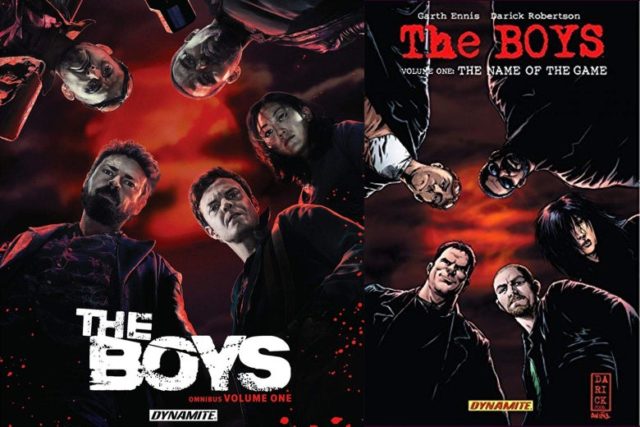 So I wanted to read the comic series prior to watching the show, but my wife wanted to watch The Boys already so I just went with it.

This series was really good. It was quite entertaining and though it had it’s share of parts that got me irked from time to time, it wasn’t ridiculous with the complications and problems. Y’all know what I’m talking about. Some shows are so ridiculous with every possible damn thing that could go wrong going wrong. This wasn’t the case here, things happened as expected, but not to the point that it pissed me off.

Even the ending, though it does leave you hanging, it doesn’t leave you pissed off. It was a somewhat logical finish and I was satisfied. The show involves Superheroes and their lives. You have your equivalent to superman, aquaman, and a few others. It also includes a group of “regular” humans who have an issue with the supes. Initially, I thought this was going to be a spoof show of sorts, but it absolutely is not. It has an original story line, and though there are some similarities in the characters, it has nothing in line with the DC series, etc. It really stands on its own as a very entertaining show.

I checked it out and it looks like the comic series is completed, as such I’m going to make this the next one I read and finish. I’m sure the tv show will take liberties and stray from the comic, but all the same, I’m going to read it all in the coming days. I think there are 70+ comics, and I get through the volumes really fast.

This isn’t your typical superhero story, but I think its really enjoyable and encourage you to check out The Boys. It’s pretty damn dope.