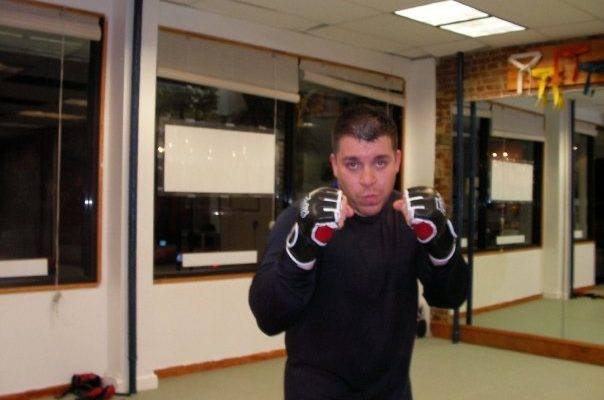 When I was a kid, I trained karate for a few months. I think the classes were free at one of the community centers in the Bronx.

This isn’t entirely relevant to this story, but I remember seeing this older guy who used to take karate with us. He was a green belt at the time I believe. As I think back to this grown ass older man taking karate with a bunch of prepubescent kids, the way he looked and how he carried himself, I now think that he was a very suspect individual. My man fit the profile on all counts if you know what I mean. Hopefully all of our parents were more observant and careful than we were as kids. I know mine were, Mama bear wouldn’t let me stay behind with some of my addict uncles. She didn’t play.

Anyway, I was pretty good at learning katas and sparring with the other kids. So when it came time for promotions, I knew I would do well and I was super excited.

Thing is, we were pretty broke back then and as it turned out, you had to pay to be able to test up for your promotion. I begged and pleaded with my mom for the $30 or whatever it was to take the test but mama bear simply didn’t have the cash. I don’t remember if we asked my dad for the money, but he would show up when he showed up. Mama bear was the one who really held us down.

Looking back, I totally understand that there were far more important things to pay for other than a silly kid’s karate test. But at the time I was pretty upset and completely discouraged with continuing the journey. I thought, what’s the point of all this effort and work if I can’t advance?

After the test, seeing the other kids advance in rank while I was left behind was very frustrating. Many of those kids weren’t even as good as I was but they now had their yellow belts while I still had a white belt. They now had seniority over me while I was actually better than them. That didn’t sit too well with 10 year old Angel for real. Yeah, I’ve been battling my ego since childhood.

I remember this one kid who was testing. He was a purple belt from a nicer school under the same Sensei. This kid was so intense and hard core with everything he did. 1, 2, 3, distractor, kiya! His coaches probably told him “you better make us look good at this ghetto kids community center!” He went hard in the paint, very impressive.

I know if I had the money, I would have excelled in the program, but after what happened, I lost my drive and stopped going. I wish I had stuck around, despite the setback. But there was no one around to really guide or coach me on matters like this one. Mama bear did her best, but this was her area of expertise, and my pops, well, I can’t remember, but he wasn’t around most of the time. My mom and him split up for most of my childhood. On and off.

I guess if there is a major takeaway from this story, it’s that as long as you are healthy, you should see things through. If you can’t take the test to advance, that’s okay, don’t quit. Keep learning at your level and become an expert there. But please, don’t be like I was and don’t give up due to setbacks!

The unwelcome karate kid
White belt cranked my back