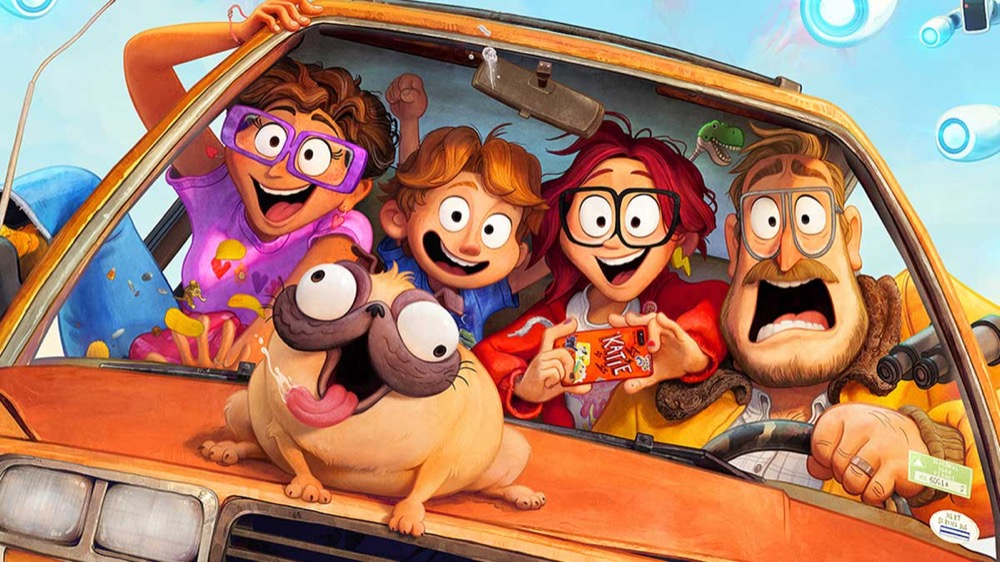 I am not ashamed to admit that I watch plenty of animated films. These days watching these is like watching a movie with actual people, complex stories and more. Although, I would argue that there is absolutely nothing wrong with watching Bugs Bunny aimlessly torment Elmer Fudd either.

So the movie is about how in the future, machines can and will take over to basically eradicate humanity for being dumb. Same as Ultron, same as Terminator, and the same as many other countless films, books, animations and short stories. Is this art imitating life here? Only time will tell and I’m not sure I’ll be around to see it. Sadly.

So the Mitchells are the only family that isn’t captured by the evil robots, and it is on them to save the world. In addition to this story arc, the film touches on some pretty heavy father and daughter issues, it shows the problems that family’s can face and tackles them head on. It’s very touching stuff.

They even worked in what I believe was an LGBT line at the end, but I’m not entirely sure as names can be unisex much of the time. Either way, I’m totally cool with it. As a society we really need to work to normalize what some may not see as normal. By seamlessly and casually interweaving it into our everyday life, our entertainment, our music, our culture, perhaps those who are against it will understand that it is okay to be different and be who you are.

I thought this film was quite good on all fronts. Really funny, hilarious dog, pig, bread, dog, pig, and so much more. You really need to watch it. The scene with Prancer, OMG! That part got me literally dying laughing out loud, it was the best scene and absolutely hilarious. Go watch this on netflix, you won’t regret it.