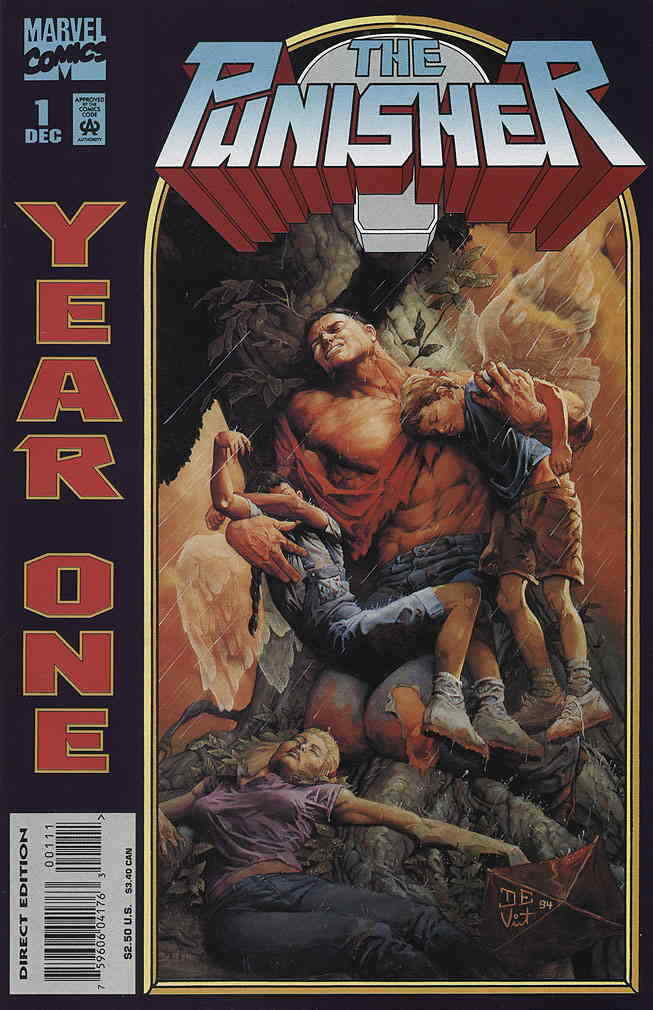 This story takes us through another version of The Punisher’s origin story. All the iterations I have seen share a similar thread, but have differences here and there.

In this one, it appears that the mob is doing a hit on some people in Central Park, but Frank and his family happen to be there and are nearly all killed. Somehow he survives and you know what comes next.

Surprisingly, before he becomes The Punisher, he actually tries to work with the press and police to resolve the murders through legal channels. When he realizes that the corruption runs deep and that the bad guys will walk, that’s when he takes matters into his own hands.

The Punisher movie from some years ago borrows from this comic, though the plot itself is changed quite a good deal in the movie. So much so that it includes fake blond wigs!

Sic Vis Pacem,` Para Bellum, In order to have peace, you must prepare for war. Once he says those words, it is on to the break of dawn. Frank Castle is dead, his body just doesn’t know it. While that is the case, he goes on a mission to make everyone involved in this murder pay. One by one he tracks them down as the Punisher is known to do.

This was an entertaining, fairly quick read. I’m going to read it again!