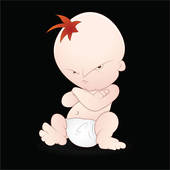 NYCTalking read this post on a friend’s wall, after confirming the authencity of the letter I decided that I would share it here on NYCTalking. Please read this, understand it, and realize what the real problems are in our society.
Written January 6, 2013 by Shannon Miltimore Oliver

If you could have prevented the Sandy Hook tragedy, would you?

I have a sweet, bright, and insightful 10 year old nephew named Liam Kelley who is asking, no begging, for help and the answer he received today was “sorry, we can’t help you”. Four years ago Liam was diagnosed with Asperger’s Syndrome and 2 years ago he was diagnosed with early onset childhood bipolar disorder. My sister, Kelly (his mother), has worked tirelessly to get the proper help for her son, including numerous visits to doctors, Psychiatrists, Social Workers, Behaviorists, Occupational Therapists and the like, and today was no exception. Liam has a history of episodes of agitation which lead to rapid cycles of unpredictable behavior, including rages that are violent, and as a result, he shares his feelings which sometimes include suicidal and homicidal thoughts, in addition to expressing his own fears, discomfort and his own need to get help from someone, anyone who can help.

Liam’s moods escalated to just such an episode over the last 72 hours. Once again, my sister did everything in her power to help him; sensory exercises, medication management, consultation with his current Psychiatrist, and tried all of her own “tricks” she has learned as a result of being such a dedicated mother, not to mention a Registered Nurse and an elementary school teacher. Her attempts failed, and after total defeat, Kelly and Liam’s father, Bill, decided it would be in Liam’s best interest to go the U of M’s Pediatric Psychiatric Hospital. After all, Liam was there in September 2012, and the U was able to stabilize him and allow him to return home safely to his mom, his dad, and his 6 year old sister.

So, Saturday afternoon, we packed up a bag for Liam, and a bag for Kelly to head out for what could be another 2 week stay at the Psychiatric Hospital. However, after several hours in a waiting room of sorts, Liam and his parents were told that there were no beds available in the Psychiatric unit, and Liam only appeared to be suffering from a side effect from one of his many anti-psychotic medications, and that he just needed to take more Ativan to reduce his agitation. At this point, Liam had calmed and appeared “sedated enough” to go home and get a good night sleep. But it didn’t stop there. Within a few miles from home after leaving the hospital, Liam’s rage returned and continued for 5 more hours. Five hours of kicking and crying and begging for help, even stating “I just want to get hit by a bus, but I’m not old enough and you won’t let me, so when I grow up, that’s what I’m going to do”. It was so painful to watch and such a feeling of helplessness knowing that only physical restraint from his parents to keep him safe, and a quiet, calm environment would sooth him, and he would eventually go to sleep for the night. So, sleep he did, albeit restlessly (I shared a bed with him to keep an eye on him, worried about the meds he had taken).

When he woke up Sunday morning (which brings us to today) it was like déjà vu from the day before. Same agitation, aggravation, frustration, and another plea for help from Liam. This time Kelly called directly up to the U of M’s Psychiatric unit to see if any beds were available, and she was told that a bed was in fact available. Perfect, let’s head back to the U to get Liam admitted and safe from himself and others. We again loaded up the car with bags, and toys to distract Liam and keep him entertained and returned to child Psychiatric emergency services to get paperwork done to be admitted. After sitting there for 5 hours, we were told not only are no beds available, which was later described as not having enough staff available to assist with an “acute high risk” child, but that there were essentially no other options, and no other Psychiatric inpatient facilities that had any openings for Liam. There was one exception, but at the recommendation from Liam’s primary Psychiatrist to NOT take him there, we were again out of options. My sister literally said to the attending Psychiatrist at the U (who actually admitted that she is not even a child Psychiatrist), “I can’t believe I’m saying this, but I wish my son had cancer. If he had cancer, he would receive help. He would be supported, He would be cared for”. Can you imagine that a mother’s wish would be such a thing? But if you could see the horror that Liam’s family has endured as a result of total lack of support from our community, our society, you would be appalled.

A young man named Adam Lanza, who was probably once a child exactly like Liam, does an unspeakable act and our answer is more gun control??? What ever happened to prevention? Doesn’t our society say “prevention is the best medicine”? Where are the services to help children with mental illness? These are precious, vivacious, innocent little souls who deserve to have assistance and support. This is not the fault of the U of M. They were considerate, caring and compassionate. But their hands are tied; just not enough resources available. I asked the question, “so you’re saying there is no help available for him here, and you’ve called all of these other places and there are no beds available, so if Liam returns home and kills himself, or kills his 6 year old sister, then who is responsible?” My question was never really answered. So, my next question is, who is going to help my nephew, Liam, and the 5 other kids that were apparently on the waiting list just to get into U of M’s Psychiatric unit, and the thousands of children out there suffering but asking for help? These are people WITH health insurance, WITH the financial means to afford the best health care and they are asking their children to be treated and the answer is, “sorry, we just cannot help you”.

What are you going to do to help? Please share this with everyone you know. Please get the word out that this is our problem. It’s not gun control and it’s not a lack of parenting. We have thousands of parents, family members, friends, doctors that want to PREVENT tragedies like Sandy Hook from occurring but not enough people are doing anything about it. Please help Liam and the many other children that need help too.

We Australians get a very one-sided view of the gun laws in America.

But I’m glad that I know you, Angel, because it’s forced me to become a little bit more open-minded.

This post was right in saying that we need to look after the issue of mental health, which is essentially the core issue.

I’ve always believed that with anything, prevention is always better than cure!

It’s a huge war over here over whether or not guns are good or bad for society. Guns can be terrible in the wrong hands. But in hands like mine, they will hopefully never be fired except in a gun range.