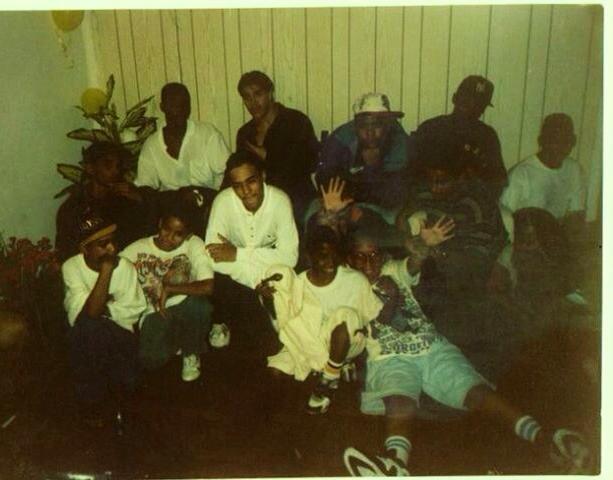 Years ago, I got into a fight with one of my buddies from the block. This dude used to come to my house all the time and we were good friends. But one day, I’m not sure what possessed him to do this, but he stole my black pilot marker. Back then, we used to tag up on the walls in the neighborhood. Yes, we were juvenile delinquents who defaced our own neighborhoods for the little bit of fame that came from it. Sad, I know.

In any case, my buddy stole it from me. It’s fucked up because I trusted him and all he had to do was ask and I’d lend it to him. I knew it was him because he was the only one who came to my house and I saw his tag on the walls in a brand new black pilot ink. I  confronted him about it and of course he denied it. The thing is that in his haste to take my marker, he forgot one of his comics. Do you want to laugh? I still have that damn comic, and I bet that pilot is long gone! I guess I won that exchange.

So we were outside hanging out, we had some words and then we ended up in a fist fight. He wanted his comic back but would not fess up and return my marker. I told him that I was going to keep his shit for stealing from a friend. He didn’t like me saying that outside and things escalated. Me and this guy used to play fight all the time and I held my own against him so I wasn’t to worried about losing. However, he had been experiencing a bit of a growth spurt since we last sparred together. This proved to be my undoing, because if we had slap boxed or anything more recently, I would have known that I had zero business fighting this guy.

First, he decked the shit out of me, then he grabbed me and easily got me on the floor. He mounted me ground and pound style and started to unite my face with the sidewalk. There was no getting around this, I was legit getting my ass royally handed to me. I was out of my league and I was getting fucked up.

One of my closest friends at the time saw this and realized that I was dead meat. So he came in and pulled the guy off of me. At that point I was able to stand up and my friend let him go. He looked around wondering if were going to jump him, but we just backed off with our hands up. Like I said, we were all friends and my buddy was just trying to save me from getting hurt too badly.

It was understood that the fight was over, I lost and that’s that. Clearly I was no match for the guy, but my boy was not just going to let me be smashed to pieces on the street. We all just kind of nodded and left things as they were. He knew he did wrong and I was keeping that damn comic and he knew it was my right.

That same day, a little while later some of the other older tough guys came around asking if we jumped the guy. We told them no, that he was just pulled off of me so he didn’t kill me. I was humble and said I got my ass beat and my friend saved me. Clearly they were looking for some sort of retribution if we fought unfairly. But it wasn’t like that at all. While my buddy had a hold of him, I didn’t threaten or attack him. I immediately backed off until we were all standing up and with that it ended.

In any case, I found it ironic that they were checking up on us like that, it wasn’t like they themselves often fought a fair one out there. The worst of the worst on the block were known for using weapons, gangs and seldom did they fight you fairly. Fuck out of here with that bullshit. So I’m not sure what they were up in arms about.

Weeks later the guy I fought asked me for the comic again. This time he fessed up and  offered me a dried up formerly new black pilot marker. We laughed about it and I told him the comic was mine.

In any case, that was the time one of my buddies save my ass while Growing Up Bronx. Some weeks ago I spoke to the guy who saved my ass about it, he said, “That was one of my proudest childhood moments.” I thanked him again for saving my ass back then. We haven’t hung out in years, but we are friends for life.

Related Posts
The Gentrification of the Bronx.

There was a time in its history when the Bronx was considered a "good area." I say this because when Read more

Let’s talk about profiling and stereotypes!

One of my neighbors is an amazing, friendly, kind, (I think from out of town) white male. He has an Read more