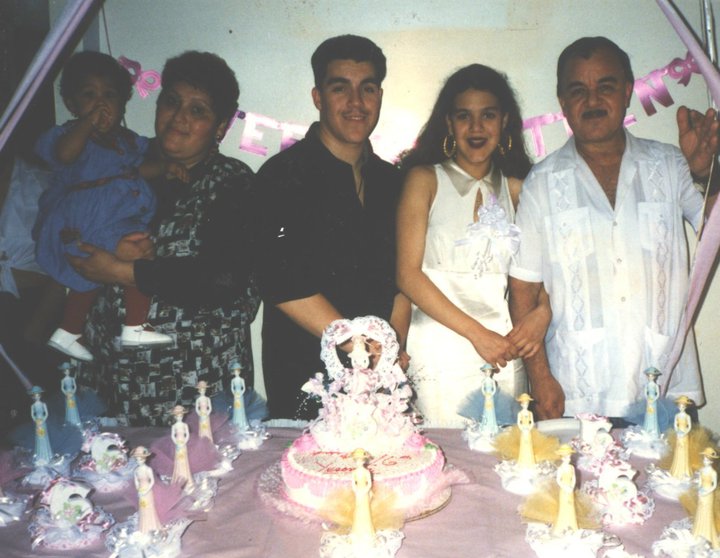 My maternal grandma looked like what we would call today an Afrolatina. I believe that the same could be said about my dad’s mom, though I never got a good look at her. There was only one picture I saw of her and it was decades ago. I can’t remember much about my maternal great grandma as I was very young, but I saw a picture of her and she too had a cute, small, white hair afro. I never saw or met any of the men who fathered my parents. My dad told me that his father died while climbing a coconut tree and I suppose its true, why would he lie to me about that? My mom told me that her father passed away, but it doesn’t seem like they had any relationship whatsoever. It sucks that I never met them or have any clue at all how they looked or what they were like.

When people say this to me it really pisses me off. This isn’t because I hate white people, if I were German, I’d say I’m German. But it pisses me off because I feel it minimizes, negates, and erases my family heritage. If you say that I’m just a white guy then it ignores the blood that those women gave me which runs through my veins. Despite how I look, my family is my family. My mother, who’s mom was Afrolatina birthed me. My father who clearly has brown heritage fathered me. I won’t allow you to erase that.

Sure, historically there has been some mixing of our lineage as is very common in our Puerto Rican culture. We are an eclectic mixture of African, White and Native Puerto Rican. However, just because I appear this way, don’t erase or deny me who I am. Yes, it’s true, I happen to exhibit the genetic traits of a light skinned or white ancestor. I don’t deny or begrudge that. I am who I am. But this latino, Puerto Rican culture, this is still my culture! Their blood still runs through my veins! I have always and will always claim my Puerto Rican culture. If you wish to minimize that and try to deny me that which is mine, then that is a fight you are going to lose because I will not be denied!