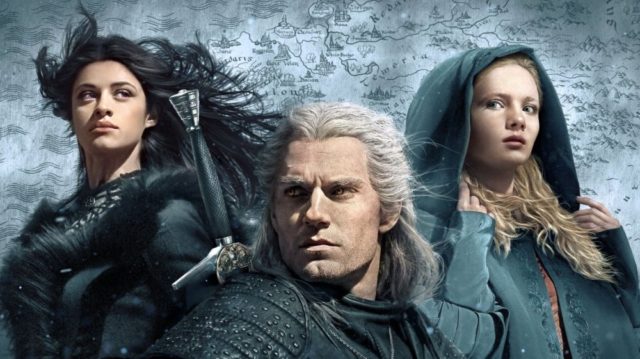 I think the statement is self explanatory, but allow to me elaborate with two very specific and in my opinion, really messed up examples.

Before you proceed reading, on this post I will speak about important events from both season one and two of the Witcher, so a spoiler alert is being issued right now. If you haven’t seen both seasons and don’t want to get spoiled, stop reading now.

First of all, on season one The Witcher killed Renfri. He liked her and he didn’t want to kill her or any of her crew. He did so reluctantly to save the villagers. Renfri said that she would kill the Mage Stregobor no matter who she has to go through. As such, to protect the people, Geralt fought her and her crew. Of course they lost and he saved the village from any further death. But do you think those savages in the village care? He killed her to protect the people, and inadvertently he protected that scumbag Stregobor. I ask you again, do you think they care?

Of course not, they listened to the ridiculous Stregobor and his lies then immediately turned on Geralt. They called him “The Butcher of Blaviken” and even the little girl who appeared to be a fan tells him to leave and never return. Never mind that he just saved them all from possible death, they attack him right then and there for killing those who would kill them.

Geralt, being the “nice” guy he is, walks away quietly as they throw garbage at him, scream at him, spit at him, despite his good intentions. That’s just really messed up.

Next we have Yennefer of Vengeberg. She single-handedly saves the north when they are pretty much overwhelmed and at the edge of defeat. At the behest of Tissea she uses fire magic to decimate more than half of the Nilfgaard army.

Not only do the other leaders and mages then say that someone else won the war for them, completely omitting the fact that is was Yennefer and her sacrifice, but once they find out she’s alive, they then ostracize her for using and surviving fire magic. “She survived fire magic, she must be dealt with.” Really? You filthy scumbags, really? You and your kingdoms survived because of her!

Oh, right, in the process of saving the world, Yennefer somehow loses her magic. “That which is lost…” She didn’t tell anyone about it, but Tissea knew. Do you think those stupid kings, mages and the people of the north would give a damn? She’s not a threat, she lost her magic. Nope, they don’t care and she knows that they wouldn’t trust her. One even snitches on her! “A girl needs to eat” says the ungrateful civilian who got her caught and arrested.

Instead of being grateful to Geralt and Yennefer, these people treat them horribly. I’m truly surprised that they both stay “good” and don’t outright become full blown villains against those evil people. They are far better people than I would be if treated that way.

If I were Geralt, I would have slaughtered everyone in Blavikan starting with Stregobor. If I were Yennefer, I’d curse everyone who hurt me, especially during the period where I lost my magic and was vulnerable. I doubt it will happen, but with Yennefer regaining her powers, I hope that she exacts a little revenge on those jerks who treated her badly.