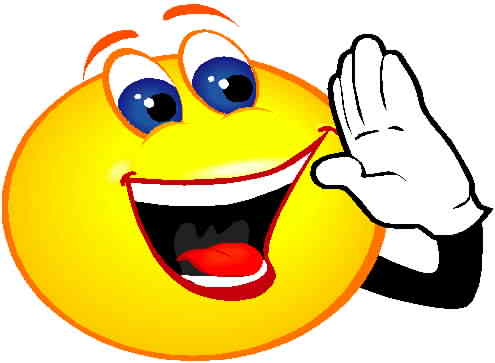 It only takes turning on the television to see the state the world is in. American tragedies like the Aurora and Newtown shootings; have left us feeling helpless, horrified and shocked at the extent of human cruelty. Add to this, the Indian gang rapes of women and the attack of a 7 year old child, have made us question what sort of society that we live in.

But the fact is, we can’t let these atrocities affect the way we view humankind as a whole. We can’t undervalue the positive difference that each person makes, the steps that everyone is taking to make the world a better place. We have to believe that the world still has ‘good people’ out there.

The young man who helped a Muslim

There’s been a video circulating around on the Internet. It shows a clip from the American TV program, ‘Primetime: What Would You Do?’. The series involves actors staging everyday situations, to see how the public reacts to the events that unfold. As an Australian, I had never seen this program before, but a certain episode touched my heart.

In the episode, a Muslim actor dons his white Muslim cap, to see whether people will help him with the flat tyre of his car. During 30 minutes of pacing back and forth, then sitting helplessly next to his car; nobody stops to give him any more than a glance. Nobody bothers to offer to give him a hand.

But then a young man arrives at the scene and within no more than a second, asks whether the man needs help. He hurries to the back of the car, grabs out the tyre and without hesitation, proceeds to change it.

The actor, amused at the man’s helpfulness, he says:

“I’m glad you helped me… I thought no-one was going to help me, because I’m Muslim.. I’ve got the cap and everything…”

But the young man laughs it off and says that society wants to blame everything on Muslims because they have a ‘funny hat’, but that’s not how it should be. It’s not their fault.

He then refuses to accept payment for his help, because:

Hearing those beautiful words, the film crew decides to surface and meet this young, kind-hearted man.

After being told that he was filmed for the show, he laughs off the contrived situation, and leaves the viewers with the following message:

“Do not judge people by what they’re wearing on their head, everybody is the same.. Unconditional love for every living thing.”

What can this young man teach us?

Look at the Aurora and Newtown shootings. When those gun shots went off in Aurora, three men – Jon Blunk, Alex Teves and Matt McQuinn – used their bodies to shield their girlfriends. Their heroic actions meant they had lost their lives, but their girlfriends still had theirs. These young men put everything on the line, because they thought someone else’s life was more important than their own.

Likewise, in the Newtown shooting, teachers protected their students from the shooter’s fire. One young teacher by the name of Victoria Soto, hid her students in a closet and told the shooter that the kids were elsewhere. Because of this brave 26 year old, those young children survived. But she lost her life saving them.

The world still has ‘good people’

The fact is, there is a lot of evil in the world. There is a lot of crime, a lot of suffering, a lot of pain. But we can’t dismiss the actions of those who are already trying to reduce the crime, the suffering and the pain. Because those people exist everywhere.

There are everyday people, like you and I, trying to make the world a better place.

‘Good people’ don’t have to be doing life-changing things for us to believe that ‘good’ still exists.

The world definitely has ‘good people’ out there.

We just need to realise that this ‘good’ begins with US.

Written by Thuy Yau. This is her first piece for NYC Talking.

NYCTalking Podcast
Just an average guy from New York City and his friends all over the world talking about anything and everything. Commentary on current events, film, food, fitness, social issues and much more! Inquires and media: arodomus@gmail.com
Listen On Apple Podcast Listen On Google Podcast Listen On Spotify
Episode 33 – Artist Connect App with Gibran Malik
by @Angelrtalk

Gibran Malik aka King Sage joins us to talk about his latest venture, Artist Connect App. This app connects all form of creatives in a secure, safe format. Do you need an engineer? A host? An artist? Check out artist connect app! Gibran also talks about his book “The Cradle of Prophecy” and his work as an audio engineer. Tune in for all this and much more!