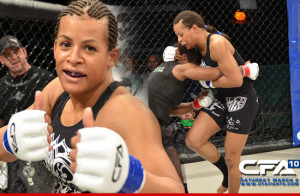 So Fallon Fox had a sex operation to transition from male to female. That’s cool with me, I have no problem with that at all. It’s her choice, I’m not here to judge that choice.

Here is what I do have a problem with though, Fox decided that she wants to fight in mixed martial arts as a woman. That doesn’t sit well with me. Thing is that even after transitioning she is still in the frame of what was once a male. He is now a she, but really, she is still in the frame of what was a he for nearly three decades. At the end of the day, her body and physiological nature will always remain that of a man. You can argue this point 1001 ways, but I’m right on this one. You can make cosmetic changes, you can take hormones, but your insides, your organs, your physiology, etc, you cannot change that.

Fallon will always be stronger than your average woman because she was once a man, and for the most part, men are stronger than women. Apologies to all my “Politically correct” friends who will say “women are just as strong as men”, but you cannot deny that this as a fact: Men are just stronger! So Fallon transitioned into a woman and is going around beating the crap out of all her opponents! BRUTAL KNOCKOUTS! I WONDER WHY?

I’m not questioning her work ethic, I’m not even saying that she has ill intent. I saw her training video, it was quite touching and Fallon looks like she really puts in the work in training. But if you are taking hormones to make you feminine, then busting your ass to make you stronger and tougher, don’t you think that residing in the frame of what was once a male will give her a major advantage over those who were born natural women?

Fallon wants to fight in the UFC and they are saying no. I give props to Joe Rogan for stepping up and saying the truth about this topic! Many won’t, but in a combat sport, you can’t be all politically correct!

Fallon Fox is beating female opponents because they are weaker, physically. They were born women and she was born a male. Look, I’m not trying to be a jerk or offensive here, but let’s be real, this is just unfair.

In any case, any organizations out there that are supporting this should be ashamed of themselves. It is highly unfair and unethical sportsmanship. I’m sorry, but Fallon should either fight other transgender women, or not at all. Having this physical advantage is extremely unfair, and I find it morally wrong to allow a transitioned woman to fight natural born women.

“she” still has an advantage over other female fighters imo

[…] brings me to a point, sometime ago I covered a transgender Mixed Martial arts fighter named Fallon Fox, “she” was beating the crap out of natural born female fighters. Why exactly do you think that […]

[…] brings me to a point, sometime ago I covered a transgender Mixed Martial arts fighter named Fallon Fox, “she” was beating the crap out of natural born female fighters. Why exactly do you think that […]