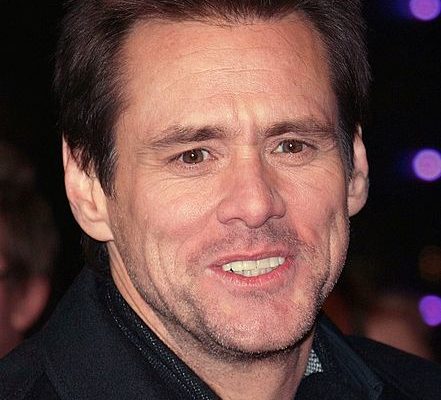 The Baha’i Center is a religious center, however once a month it place hosts to an open mic event dubbed the “Urban Juke Joint“. This was the first time I attended this show, but I am sure I will be back again. This show was special in many ways, for one it was the first time my son came to an event and saw me perform. But more importantly he actually enjoyed the show. His mom, our friends Hervey and his wife Annie also came out to see the show.

The curator Kenneth is a very nice, articulate gentleman. When asked what does the name mean, he told us that black folks traditionally have this thing called a “juke joint”, where people go to perform, interact, talk, and just enjoy each other’s company. It’s usually a small shack of sorts, raggedy and so on, but filled with love and community. This show is supposed to emulate that type of feeling, an “Urban Juke Joint”. I have been to the Baha’i center before for their religious proceedings and Kenneth and company did a great job making this place feel like a “Juke Joint”. The space used isn’t huge, but that doesn’t stop people from showing up in large groups. Some sitting, some standing, a great vibe all around. I saw a few familiar faces, but mostly new ones at this event for me. In the beginning of the show, the host Definition asked that all performers stand up and give a little tease of what they can do, that caught a few people off guard, but fortunately I have some of my work memorized and regurgitated it on command.

There are a few special rules, because at the end of the day this is still a religious building and the organizers are Baha’i. Seeing as though families and children also attend, the performers are instructed to not curse in their performances and to keep it clean. That’s fair, I believe a performer can get out their message without the use of profanity, so I have no problem with respecting this rule.

This show was talent packed, we had Carlos “Iro” Burgos perform with his son on his lap. He read “a letter to the man you will become”, one of the most powerful emotion packed performances I have ever seen. A teary eyed Iro read and spoke to his son, telling him about the man he will become. Even writing this now the peach fuzz on my skin is standing up, that was just amazing.  To see this with my own son sitting next to me was priceless.

Jorgie Viento performed and acoustic set in Spanish that though most people probably couldn’t understand, all enjoyed. This guy is amazing. I went over and purchased one of his cd’s, and I have been listening to all 10 songs on repeat since that night. The guy gave me a powerful hug and complimented me on my piece to my mother “dear momma” as we embraced. There were many other amazing artists performing, powerful, raw, I look forward to connecting with these folks and seeing them perform again.

For my piece I performed “Dear Momma“, a piece that is near and dear to my heart. I felt completely comfortable and at ease on stage. I looked at the audience, I paused for their laughter at my punch lines and I allowed them to take in the message. I’m still working on my delivery, but on sheer comfort, energy, and overall performance I think this was one of my best shows. I felt great. My son seemed surprised at how people received me. I don’t know, my kid has this impression that I’m just an old guy, his dad,  he doesn’t see yet that his dad is a normal person, even after seeing all of his classmates become my fans too! LOL. Kids are just that way I suppose.

This show had another item that made it different from most of the shows I have been too, a community discussion. This part was actually amazing. The organizer sets a topic, and a moderator engages the attendees in a discussion about the topic. That was really wonderful and emotions also ran high. Most memorable was a man who told us about the real poverty he has seen, overwhelmed with the memories of what he saw in other parts of the world the man broke into sobs and tears and said “We don’t know poverty, I’ve seen poverty”. The discussion portion was a very nice touch, and also reenergizes the crowd after several hours sitting and watching. My son was also surprised to see me engage in the topic and everyone chiming in with their opinions. I think it’s really great for him to come out and see this side of his father.

After the discussion portion they give everyone a break to get up and mingle, stretch their legs, etc. Because my son was with me and the group had an early picnic the next day we left after the discussion. But I did meet a few people and handed out my card to some performers. I do wonder what comes after the break and I’ll stick around next time. But needless to say I am a fan of the Urban Juke Joint and I look forward to the next show.

Please take note of the date on a post. Over the years my views have evolved. I'm constantly learning and growing.
Related Items
← Previous Story NYC Street Etiquette 101: Laundry detergent stolen?
Next Story → But she was practically naked, she asked for it!
Subscribe
0 Comments
Inline Feedbacks
View all comments