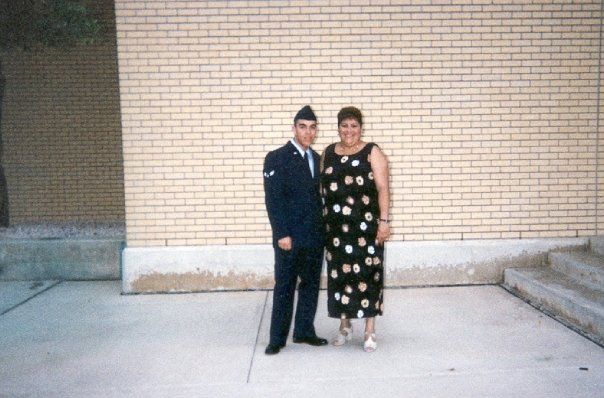 Before I enlisted and went to Air Force boot camp, I was enrolled in the United States Marine Corps poolie program. The poolie program is part of the delayed entry program (DEP) where recruiters catch your young ass before you are even old enough to enlist.

In the poolie program they try to condition you for boot camp by running together, reviewing general orders and basically treating you similarly to how a drill instructor will during basic training. This is in an effort to get you mentally and physically prepared for the 3 month hell you will have to endure during boot camp.

So why didn’t I go through with it and become a Marine? Well, that’s a long story, but basically my recruiter was a scumbag. So much so that this dirtbag did time in prison for rape. During my time with the poolies, even at a very young age, I didn’t like what I saw and I wasn’t feeling the culture this guy was promoting.

Mind you, I love women and sex as much as the next guy, but I don’t much appreciate some old ass pervert telling me that he’s gonna keep my girlfriend fresh and fucked for me while I’m away in training. Fuck you Jody. I didn’t like the way this guy addressed women in general. This recruiter attempted to fuck my then (also a poolie) girlfriend and was transferred to another recruiting station over that indiscretion.

Some good that did, the motherfucker still managed to get brought up on rape charges. Anyway, this behavior is not the USMC behavior, it’s that specific recruiter’s behavior. But that along with a few other things that happened were enough to sway me to go elsewhere. Read the link above for the full story.

In any case, when I got to basic training for the Air Force, I figured that the training would be similar to what I’d been doing all those months with the poolies and what I’d seen and heard in all the prep videos. So when my military training instructor spoke to me, I responded shouting, the same way I’d been conditioned to do all that time. At the Air Force, this was a mistake. I was immediately reprimanded and punished for screaming at the training instructor.

Why are you shouting at me Rodriguez? What the hell is your problem? Has anyone here given you the idea that we scream at each other like those other people do? We are civilized around here. You will speak to me in a clear, concise voice, but you will not scream at me like I’m one of your homies from the Bronx or one of those other branches! Do you understand me, Rodriguez?

They pointed out my hood several times, including when they discovered that I had medication for a throat infection I was fighting off. Every time they called on me, I instinctively shouted, “Sir, Airman Rodriguez reports as ordered.” Then I’d once again get chewed out for screaming at them. I think after the first day or so, I was conditioned out of the shouting.

I was a smart dude, so they made me an element leader within the first days of training. I got things done and was an effective leader. But they fired me shortly thereafter because I was too helpful and supportive of my element. We were doing well, but they didn’t like the tone I was setting. They wanted a hard ass to enforce their laws and I was a nice guy who helped my people out. So you don’t want me to shout, but you want me to be an asshole to the people I rely on?

Anyway, I guess the bottom line here is that if you are going to Air Force boot camp, don’t scream at your TI’s, they won’t like that.

Related Posts
Military Stories: What kind of leader are you?

Military Stories: 5 Must Know Tips Before Talking To A Military Recruiter

Joining the military has long been an option for young people. Some will join because they come from a line Read more

When we arrived at boot camp, one of the first things they made us do was to create a money Read more

I remember one year during Fleet week, all the Navy boys came to the city, as usual they go out Read more