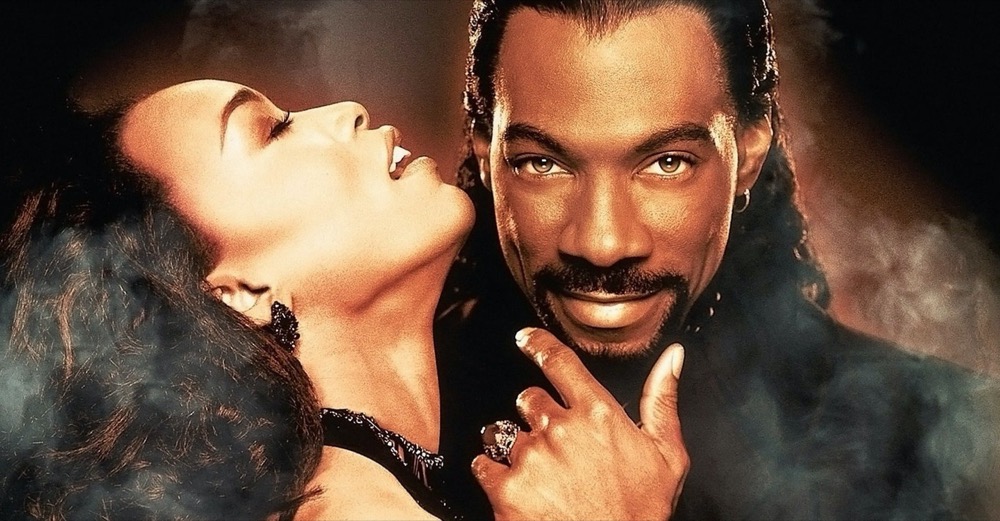 I’ve been meaning to watch “Coming to America” for sometime now, but haven’t gotten around to it. Obviously, I want to watch it in preparation for part two of the film.

In the process of promoting this new movie, I guess some older Eddie Murphy films are coming up on my recommendations. I realized that I had never seen Vampire in Brooklyn, or at least I don’t remember ever having seen it. Until Now.

So what did I think of this old movie? It was entertaining. It’s not a movie you watch and think “Wow, where was this movie all my life,” but it doesn’t suck. It’s entertaining for what it is, an Eddie Murphy vampire film. LOL.

I thought there were plenty of plot holes, but I mean who really cares? We are just there for the entertainment and mindless humor. You don’t expect a vampire comic film to be air tight, and you cannot come into this expecting to be even remotely frightened.

I thought Angela Bassett was gorgeous in the film, she’s such an attractive woman! I’m totally crushing on her! She’s still got it by the way. She’s been active and rocking the screen with her talents since way back then. Most recently (the last thing I saw) she brought her amazing acting talents to Black Panther. So yeah, she’s still got it.

Witherspoon was as nutty and entertaining as he has always been. I think that dude always plays the same character, at least in the films I’ve seen. The dude is a trip. Also, I’m wondering if Eddie Murphy is a vampire in real life. He hasn’t age a day since back then!

This is a silly movie, with a silly story line, ridiculously bad vampire accents, and entertaining in its own nonsensical way. I totally enjoyed it.