Home / Let's Talk / What should society do when an off duty cop illegally enters and kills a man in his own home?

What should society do when an off duty cop illegally enters and kills a man in his own home? 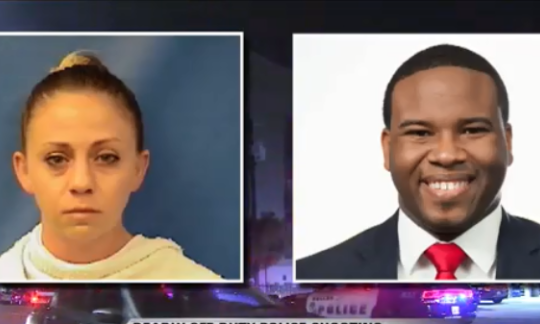 I’m sure that most of you have heard about Botham Jean, the young black man who was killed by an off duty police officer in his own home because she “thought he was in her apartment.”

Dallas Police Officer Amber Guyger must still be high off of the crack she was smoking to think that we are going to believe that crock of bullshit.

Mind you, I don’t actually know that she ingested crack. I do admit that crack has loss some of the popularity it had in the 80s, and since they haven’t released any toxicology reports, I actually have no idea if she was high on crack. I’m being sarcastic and through those words implying that she’s a fucking idiot if she thinks we’d buy that bullshit. You know, in case you misunderstood my intent.

However, Fox news is quick to let us know that they found weed in Botham’s apartment. I’m sure it will all make sense soon enough, if we wait for the details. See, Officer Guyger knew that Botham had a little bit of weed in his apartment. As such, she decided that she had to put an end to this menace and killed him. Does that sound about right? Is that how it goes down? Again, sarcasm.

Look folks, a friend of mine spoke to me about a Mincy Warrant, he stated that they needed to examine his home to get evidence and details of what went down. He stated that since the crime took place there, his home becomes a crime scene.

I suppose that makes sense to a degree, but it seems to me, that rather than determine her guilt, some are more interested in smearing Botham’s name. Nothing new of course, and mind you, I’ll repeat that I haven’t seen anything about Guyger’s system on any news platform at all? Was she high? Does it take this long to find out? Did they wait for any substances to clear out? Would they withhold that information if she wasn’t a white cop?

I don’t really care for any of the answers to my rhetorical questions. This bitch must go to jail for a long time one way or the other. If she doesn’t, well… I’m not advocating for attacking cops, but when a person breaks into your home, kills you, and the most likely reason they “could” get away with it is because they are a cop, then the system that protects them must be destroyed.

Please take note of the date on a post. Over the years my views have evolved. I'm constantly learning and growing.
Related Items
← Previous Story Why do they keep going to jail?
Next Story → Cosby sentenced to 3 to 5 years in prison
Subscribe
0 Comments
Inline Feedbacks
View all comments