NYCTalking’s latest segment, “From the blog.” Here I will share blog posts and sometimes expand on the ideas presented there. On this one we’ll talk about what it is like living in America as a white passing Latino. 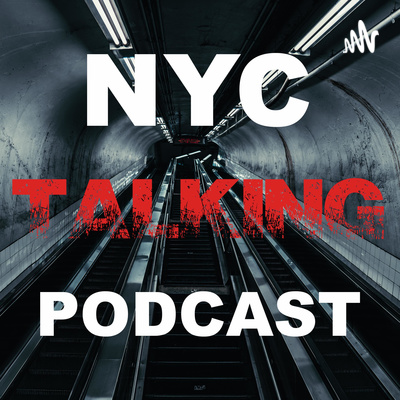 Sometime ago, a right winger asked me if I felt any “White guilt” because of how I look? He was trying to create drama around White privilege, something that he vehemently denies could possibly exist.

Well, I don’t feel any guilt for being White passing. I look the way I look and that can’t be helped. My parents, siblings, and grandparents, they don’t all look like me. Therefore, though I present this way to the world, it is not the self identity that I carry. I don’t live my life thinking I am a White man, but I do recognize the privilege my appearance affords me.

I walk the world with the knowledge that my great grandma and grandma were Afro-Latinas and their blood flows through my veins. I have uncles who present as Black men. Their lives came from the very same womb as my parents who later created me. Yes, I look a White person to an extent, but I am well aware of my family roots and the blood that runs through my body.

Please don’t misunderstand me, I do not bare any ill will towards White people or how I look. I actually kind of like how I look. But at the end of the day, I simply don’t have any control over this, I am who I am. However, I do recognize how the world perceives me as opposed to others in my family.

I think that it is so deeply ingrained in us as a society that we may not even notice our bias. For instance, when I was a young kid, I thought that I was one of the good looking kids in my class. No one ever said it to me, no one ever taught it to me, society subconsciously instilled in me a sense of being good looking because I had straight hair, light skin and White passing features.

Following that same train of thought, I believed that the kids who looked like me, but had even lighter eyes, blonde hair, and fairer features were better looking than me. No one ever taught me that, it was just a fact that existed. The girls liked them the most, they got the best parts in plays, they were treated better by staff, and that’s just the way it was.

In fact, on the other end of the spectrum, I’ll even tell you that my peers would beat the crap out of me because I looked and acted White. Where I come from, going to school, doing your homework, and staying out of trouble was perceived as acting White. I remember one time these guys tried to set my hair on fire after lumping me up. I managed to get out of that gauntlet and when I ran away they screamed “get that fucking White boy.”

Mind you, this was all occurring in the hood, among mostly Latino and Black kids. But even then, within that poor microcosm of society, White privilege was prevalent and already ingrained in our psyche. The fact that these kids hated White people and made me pay for it despite not even knowing me or that I am not White is another unfortunate side effect of that same coin.

How can a person say that White privilege is not real when I was experiencing it before I even knew what it was? By default the kids who looked like me were simply treated better in our little society. That’s messed up but true. What else other than White privilege can account for that?

When I think back, even the nicknames we gave each other reeked of White privilege. There was a kid who’s street name was “Bembu.” Back then, I simply took it for granted and didn’t think anything of it, I just thought, that’s his street name and he’s cool with it. But his name not Bembu. He never corrected any of us and it would be years before I ever learned his real name. By the way, for those who don’t speak Spanish, the street name he was given literally translates to “big lip.” That’s pretty messed up.

It simply cannot be a coincidence that this thing, White privilege, though yet unnamed and undefined is the very same thing I was experiencing back in the 80s as a kid in the ghetto. Again, it was never taught to any of us, we simply thought it was a fact, never said, never written, it just was.

Once we were involved in a huge gang fight and I got caught hopping the train by the cops. That and other times, my boys would jokingly say “Don’t worry Angel, they won’t lock you up, you look White.” Lo and behold, they never locked me up. At most, they let me go with a ticket. My Black friends, they’d get locked up for the same or lesser offenses.

Even where and how we lived differed greatly from how White people lived. As I just mentioned, policing which is still very much an issue also reflected that privilege. Funding, education, after school programs, everything was different for us. I had a colleague on the trading floor once ask me, “What do you mean you didn’t have a soccer stadium in your school, Angel? Doesn’t every school have one?” He was shocked and I was not surprised. Like I said, it was ever present in everything around us.

Still, it is not a surprise that those who benefit most from this White privilege would deny it even exists. It’s no surprise to me when they say we are racists or hate White people for even implying White privilege is real.

I think the fear that some White people have is that by acknowledging that White privilege is real they would lose that unwritten superiority in our society. Or maybe, in some cases they simply can’t even see it. Remember what I said earlier? I was never taught that I was good looking when I was a kid, it’s just the way it was. The whiter you looked, the better you were treated in the world.

I’m glad that I have understood this privilege myself. I walk the world with the unique perspective of a poor ghetto kid of Latino descent who looks like a White guy. And every chance I get to raise awareness that White privilege is real, I do. When someone makes a statement that they wouldn’t dare to make in front of a Black person, I take that moment to correct them on it. It’s on all of us as members of society to address these things. All peoples should work towards this same end, this will go a long way to making society a better place for us all.