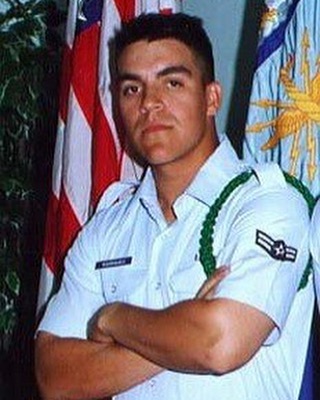 Recently, I was having food with a friend of mine and she asked the question, “Why did you leave the military?” This is not the first time someone has asked me this question, and I’m sure that it won’t be the last. Truth be told, I enjoyed my time in the U.S Air Force. I’m a big fan of structured living and after the initial shock of basic training passed by, I began to thrive in the environment. I hated studying the stupid, boring manuals, but once we got to the job and just performing it, I thrived.

In the military, you know exactly where you stand. For the most part we all wear our rank on display. We saluted officers when we saw them, and we followed our chain of command. We exercised at a specific time, we ate at a specific time, and we did what we had to do. This was good for me, and returning to the civilian world felt really uncomfortable for me at first, of course that didn’t last too long. I adapted back fairly quickly.

So why did I leave the military? The honest to God answer is that I didn’t agree with the war in Iraq. At the time, I wasn’t too crazy with my unit, I thought they were lazy, sloppy, and didn’t have the military bearings that I was used to upholding. But that aside, the nail in the coffin was that we were potentially going to deploy to Iraq. This all came to pass when it was time for me to reenlist.

I told my First Sergeant how I felt and that I didn’t support this effort in Iraq. He told me that I could not speak that way while in uniform and that if they wanted, they could freeze my discharge and keep me on active duty. I told him that he could do what he had to do, but that I would not comply and I would not accept that we were doing the right thing in Iraq.

So after some back and forth they decided that it wasn’t worth the effort to try and force me to agree to support the war while in uniform. They gave me an honorable discharge because I had served honorably. I simply didn’t approve of the war effort, and I didn’t want to be a part of it. This is one of the major reasons that I left the military and didn’t reenlist.

There were other reasons like some shenanigans an officer pulled to keep me from getting a commission and becoming a officer at my unit. Also, I hated the current job that they had assigned me and they didn’t want to allow me to retrain. Everything was about what they wanted me to do and they didn’t care about me being happy and doing a great job.

Losing the officer slot really pissed me off, I worked my butt off to get that technology slot created at our unit, and it was understood that it was for me. Until the aforementioned officer pulled a favor and took it from me for someone else. I was already considering leaving the unit and or the military altogether. Iraq was just the last straw.

And that’s why I left the military.