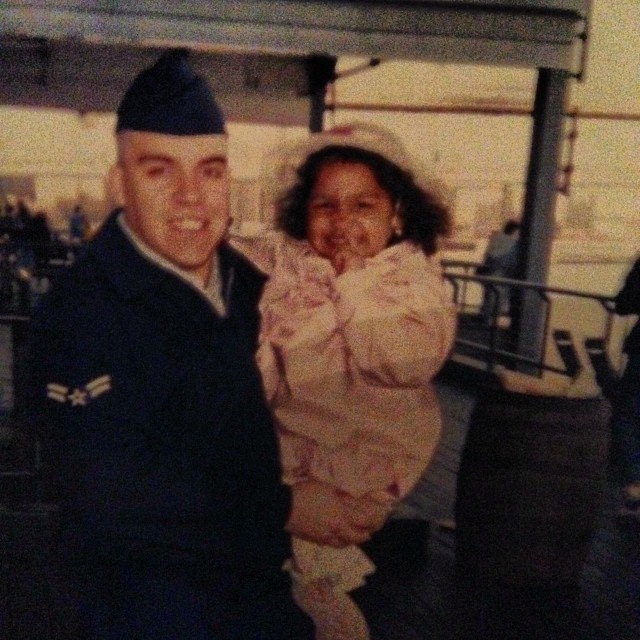 I’m a veteran, I served this nation from May 1997 until May 2005 when I was honorably discharged from the service. During the month of July in 1997 I deployed for basic military training and remained on active duty until about February of 1998. I was then taken in by my United States Air Force Reserve unit.

I was initially going to be a Marine. I trained as a poolie with the Marines, I ate like a Marine, I learned all of the general orders like a Marine, I knew the Marine Corps mission word for word like a Marine, and I was 100% ready to become a Marine. I was going to excel in basic, I was just that damn good. I’ll be honest with you guys though, it worked out for the best, and I’d recommend the Air Force over any of the other branches today.

In fact, one of those scumbags was sentenced to several years in prison for rape. Folks, when I say these men were certifiable scumbags, I’m not exaggerating.

I’ve always been a respectful man, and seeing how these guys behaved, as well as the way they were trying to encourage me to behave was not a good look. I mean no disrespect to our Marines as a whole, I still love the Corps. But I don’t mind disrespecting those specific recruiters, they were trash.

Anyway, the scumbags didn’t want to let me pick the job I wanted, it was the job they said and that was that. In addition to that, they didn’t want to give me a higher rank based on my education.

We don’t do that in the Marine Corps, we earn our stripes. You think you will go into basic and come out a Lance Corporal? Not a chance.

Finally, they did not want to let me look into the officer pathway. Basically, they wanted me to become an infantryman and that was that. They didn’t care about me or my goals and aspirations at all!

These guys were master manipulators, and they knew how to intimidate us young kids. Fortunately me for me, I knew that I hadn’t signed or committed to anything legally binding. Though that didn’t stop them from trying to scare me.

Rodriguez, you swore in, you made an oath. Like it or not,  your ass is mine for the next four years. There is no turning back.

But the thing is that I hadn’t swore in. They performed a makeshift ceremony where the poolies “swore in,” and they tried to trick us into believing that this was legally binding.

I realized something as I continued working with these guys. I thought to myself, if this is how badly they are treating me BEFORE they even have a hold of me, imagine how badly they would treat me once I was in for real!

That’s when I decided to talk to the other branch recruiters. I looked at the Army, Navy, and even Air Force in Fordham Road, but I wasn’t feeling any of them either. Eventually I ended up working with the Air Force recruiter in Brooklyn, Master Sgt Defrulo. He wasn’t entirely straight forward with me, but he was way better than the Bronx recruiters.

Anyway, I always wanted to be a Marine, I still have dreams about being in Parris Island sometimes. But it just didn’t work out, and at this point in my life, I’m just too old for that.

I like to believe it all worked out for the best. The Marines are our toughest branch, but the Air Force is the place where you can make a great career, and for the most part, stay safest in terms of combat and war. I’d recommend the Air Force 100 times before any of the other branches. Just be smart about the job you choose. Obviously a job like Military Police puts you at higher risk for frontline deployment. Unless that’s what you want, avoid any job that can be deployed to the front.

Feel free to reach out if you have any question.