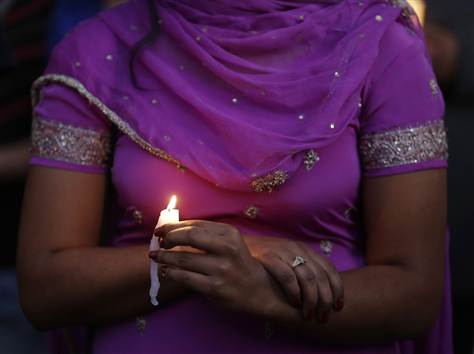 Police have identified the man responsible for the shootings in Wisconsin this Sunday as a former army special ops veteran.  The act though not yet clear has been classified as possibly an act of domestic terrorism. There is still an investigation underway.  This  is yet another terrible tragedy where innocent people were gunned down by a deranged lunatic.

Our hearts go out to the families of those killed or injured during this horrific massacre. In all 7 were gunned down and killed. A police officer was shot at close range and is in critical condition at this time. The shooter was “put down” by officers after opening fire on police. He won’t be taking anymore lives. Let’s hope that senseless acts of violence like this one are just isolated cases and all this killing stops.

On another note, I pray that my gun permits go through soon. I’m not trying to make a political point here, but it’s factual that if only one of those guys at the temple had a legal gun they could have stopped this psycho from killing and injuring so many people. The general public cannot fight gun toting maniacs without weapons, and the cops always show up after the fact, we need to be able to defend ourselves.

For more on this story check out this NYTimes article.