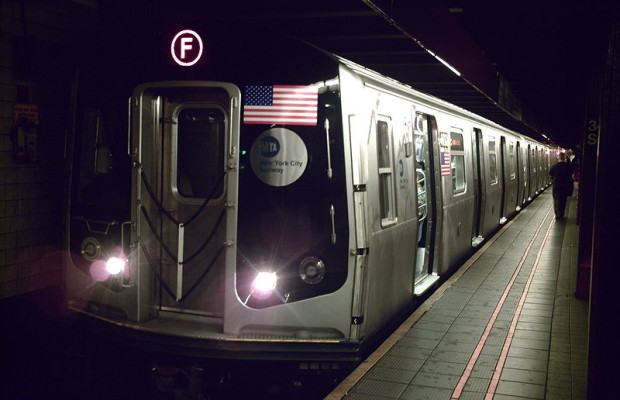 Some years ago I was riding the train to Wall Street, it was very early in the morning and there were only three of us left aboard the train. It was me, a woman, and another man as we neared the last stop on the E train. Little did I know that I’d become witness to a woman harassed on the subway!

I noticed that the man walked over to the woman, I had my headphones on so I could not hear the conversation at first. I decided to turn my music off and have a listen. I know that they did not know each other so I wanted to make sure that everything was okay.

It is not uncommon that a man approach a woman and attempt to start a conversation with her. I don’t think that there is anything wrong with attempting to befriend someone on the train in hopes of getting to know them. She was very beautiful, so I cannot fault the man for attempting to talk to her. Human beings are social creatures after all. So far, I didn’t think anything was necessarily wrong. Though some might disagree with me, I’ll say that I didn’t see anything that required my intervention as of this point.

After a few moments of him trying to spit game, I noticed by her body language that the woman was uncomfortable, I heard with my own ears that the woman said she was not interested in providing this man with her phone number. I also heard her say that she was not interested in taking his number either. She just wanted to read her book, yet this man did not get the point. He continued by making statements like “don’t you like me? why don’t you like me? Is it my clothes? Is it my hair? I’m a nice guy, I promise. Just give me your number and I’ll show you.” She was polite but expressed once again she just wasn’t interested in meeting new people and just wanted to read her book, but this guy would not stop.

Mind you, this was all happening very quickly, less than one train stop had passed. As I sat there observing these few seconds of interaction I started to become very angry, the woman was clearly not interested and visibly uncomfortable, yet this guy would not stop pursuing her. I mentioned before, I see nothing wrong with talking to or hitting on a woman, how else are you supposed to couple up if you don’t talk? However, the moment she lets you know that she’s not interested, anything further is then problematic from my point of view.

I got up and I walked over, I said “Hey Sandy, sorry I didn’t see you sooner. How’s your mom doing?” She gave me a confused looked and I winked with the eye that he couldn’t see.  She smiled and said that her mom was okay. Now I looked at the guy and said, “What’s up man, I’m Arod.” The guy then said “What’s good with you? We are having a private conversation.” I looked at Sherry and then I looked at him, and I said it seems to me like this conversation ended about 30 seconds ago when she said she was only interested in reading her book. She’s not interested man. I say this with all due respect bro, but I think you should carry on with your day.

He was embarrassed, and I was worried that we might end up in a fist fight. However, it appears that he thought the better of this. Since I did pretend to know this fictitious Sandy, I think he realized that if things escalated it would be my word and hers against his. He said “It’s like that Sandy? Your friend has to speak for you?” Hey man, she told you several times, I heard her from other there, that’s why I came over. He shook his head and walked away to the end of the car.

I whispered to the girl if she wanted me to walk her somewhere, she said no and thank you. She told me she was getting off the next stop and if I could just make sure that he didn’t get off to follow her that it would be great. I said that I would get off if I saw him get off and she said thank you.

I told her to stay seated until the announcement that the door was about to close and then just jump off. And that is exactly what she did, the guy did not follow her. He continued to look in my direction as we approached the last stop and I decided to move towards where he was. This is a silent communication that indicates I am not afraid. When dealing with people like him you have to be very assertive, and non-silent communication is very important to establishing dominance. When our last stop came I decided to engage him once more, I said have a good day man you take care of yourself. He nodded and he said all right man you too.

I don’t like to start trouble, and I don’t like to put myself in dangerous situations. That guy could’ve been crazy and stabbed or shot me on the train that day. However, I cannot and I will not sit around idle and allow a woman to be harassed while in my presence.  I’ve said that I’d never allow anyone to suffer in my presence, so what kind of a man would I be if I allowed something like this to happen?