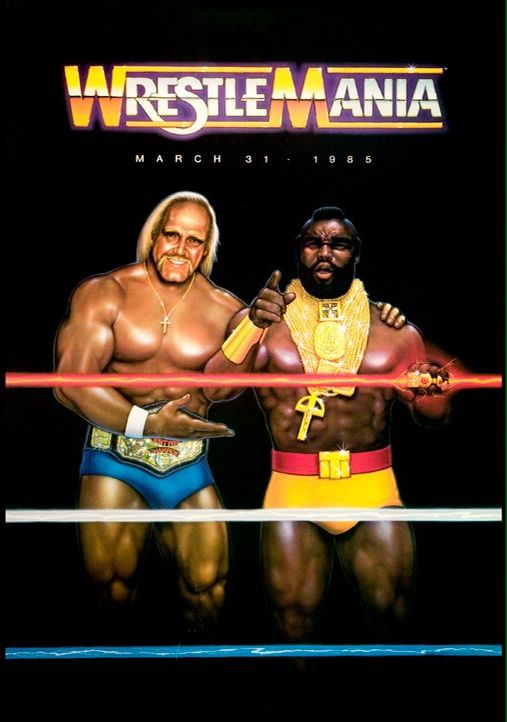 As I watched Wrestlemania 1 in all it’s horrible tv production glory, I thought about how cool it would have been to be able to watch these old events with my old man. I had a moment because this was our thing. It’s also a shame that so many wrestlers have passed away.

So yeah, I’ve been watching the old Wrestlemania events on the WWE network. Watching all these cheesy, horribly produced events was epic awesomeness! This is my childhood, cheesy, awesome 80s epicness!

Watching WWF as it was called at the time was a Saturday ritual for us. My father wasn’t always at home with us, but during those periods of time he was, we’d watch the WWF events.

As I sat and watched these old events, I couldn’t help but wish that my old man was still here to enjoy them with me. My pops has been gone from this world for a few years now, and it chokes me up that no matter how hard I want it, no matter how much I plead, I will never, ever, ever be able to sit with him and watch Hulk Hogan do a leg drop on another opponent. There’s something terribly heartbreaking about that. It just hurts deep down in my soul.

But, I am still here. So, I can watch and relive those faint memories for the both of us. Sadly, many of those legends from that time are also gone. I was able to meet some of them, and even got to hang out at Johnny Valiant’s Queens house before. The guy was hilarious and really entertaining. It broke my heart when he got killed in that vehicle accident. I really wanted to get to know him better and also record his comedy act. That would have been awesome.

That’s life though, isn’t it? We all die and the world continues on without us. No matter how great or impactful we are, the world goes on. But one thing I’ll never forget is watching wrestling with my old man.