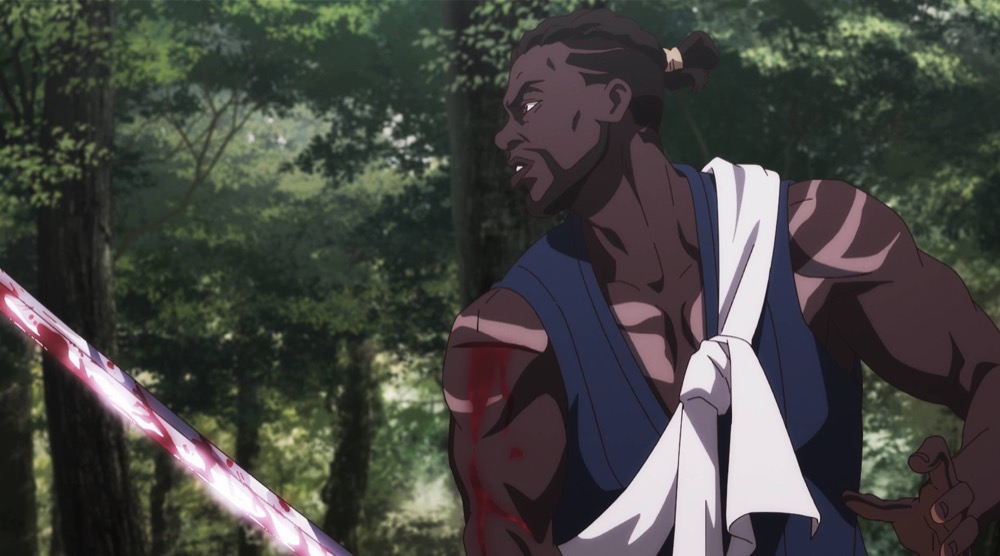 This show was a pretty dope anime. It’s about a black samurai and a little girl who has some special powers. He kinds of wants to live a quiet life, where no one knows or recognizes him and he’s put down the sword so to speak. However, as life would have it, he unwittingly ends up being her protector after he agrees to help get her to meet someone and things go sideways.

The show touches on some of the issues one could expect to find among the samurai class. Especially when encountering a samurai who starts as a purchased servant, gains favor among the lord, is promoted, and happens to be black in feudal era Japan.

Yasuke is a tough dude, but he’s not as invincible as one would expect the main character be. I think that adds a reality feeling to it though. I mean, I expected him to remain untouched and thoroughly kick ass, and though he is formidable, he is still human and limited only to his samurai skills. As bad ass as he is, he was not untouchable. My man got touched, a lot. But like I said, it adds to the overall realness of the series. In fact, the girl he’s supposed to protect actually ends up saving his butt several times. Remember, she has super powers.

The main villain in this series is the Daimyo, an evil and very powerful feudal lord who mercilessly punishes all and anyone who dares oppose her. I can’t really speak on her objectives without dropping spoilers, but suffice it to say that I really enjoyed this show and definitely recommend it. Yasuke was a hit for me.