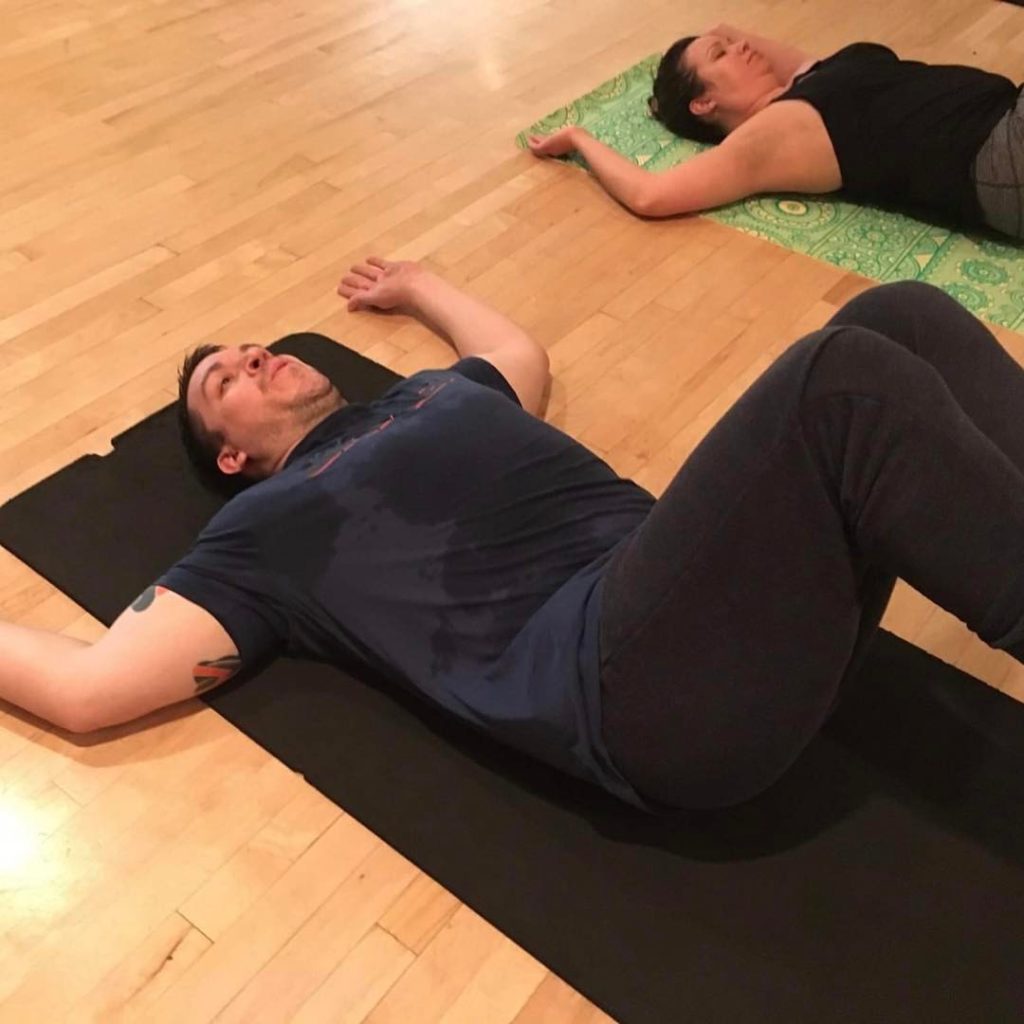 Initially, I was under the impression that Yoga was primarily a format where you go in, do a few ohms, stretch a bit and then go into corpse pose. Over the years and after many instructors, I know now that nothing could be further from the truth. Yes, some instructors do just that, but others give you a very intense, rigorous, strenuous physical workout. If you’ve never experienced it, you’d be in for a shock. Especially us tough guys who only lift weights.

Some instructors are very soft spoken and gentle, others are a bit more aggressive and push you harder. It reminds me of that one time I covered a pilates class after teaching Zumba and how intense and hardcore I was with that group. It’s no surprise that nearly half of them walked out of my class. At that point, I had no business trying to teach that format. In fact, I’d say that I still have no business trying to teach any mind and body formats.

In the different classes I’ve noticed that some instructors provide more guidance and coaching while others just move along with the practice and let you do your own thing. These folks preach that yoga is your practice and nothing is “wrong” to do. Though some are definitely more involved in helping you than others. It’s just like zumba, strength, bjj or any other teachable format. Instructors have different styles and personalities.

Yesterday I did a hot yoga class in the style of Bikram yoga. I know that because this dude was a first rate dirtbag, the style has been rebranded, but regardless of what we call it, the format is the same.

I remember my wife telling me that Bikram was a much longer class and very difficult for her, but I didn’t really know the difference at all. At My Living Yoga they condense it down to an hour and given how close I came to death, I’m perfectly okay with that.

I realized yesterday that though Yoga is Yoga, there is a major difference between Vinyasa and Bikram. We didn’t do any flows or sun salutions or whatever they are called. It was a series of poses and seems to be more structured rather than freestyle.

Of all the hot yoga classes that I’ve taken, I think that yesterday’s pushed me closest to my physical limit. The class was full way more than I’ve seen before, (more bodies more heat) and the warmup already have me sucking for wind. After class I would not stop sweating and had to change clothes twice while still getting soaked in sweat all over again. I had a pretty bad headache and felt like I might face plant at any point. This was definitely a challenging class and post training recovery.

Not all yoga classes and instructors are created equal. There are as many distinctions as there are personalities. I’ll say this in closing, hydrate before a class like this one, start the day before cause this ain’t no joke. Then just enjoy the journey and don’t underestimate yoga.

Related Posts
The magic of eggs!

I'm sure that most of you have heard about the "tan mom." The woman who tans ALOT. Accused of bringing Read more

I would like to send my deepest condolences to my fellow NYCTalking writer and good friend Monique Rodriguez, along with Read more

Now, I must admit being at the age I am now with a little more mileage on my chassis things Read more