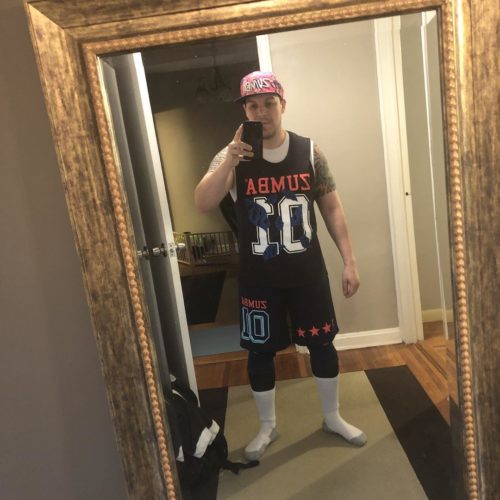 Recently, someone asked me if Zumba was enough to get fit. You know, simply walking is enough if done the right way. My point is that any form of activity is better than no activity. So in that sense, yes, taking Zumba is enough.

If you are looking to change your physique on a higher level, sculpt, and really take it to that next level, then it’s probably not going to be enough. I consider Zumba a nice supplement to my training regiment. Though I do sweat, and some songs can be pretty intense, Zumba alone is not enough for the level of fitness I’m trying to attain.

Zumba claims to have fitness components in it, but no matter what you do in Zumba, you will never be able to emulate the movement of a back row. You can do it in the air, without any resistance, and create some tension, but it’s just not the same.

In general, Zumba participants remain standing. Of course I’ve seen some instructors who make them do push ups, but in general, you will be standing up and not generating any resistance against your chest and so on. Again, this isn’t to say that some instructors don’t take you down to the floor, but it’s not common, and I don’t think Zumba participants come expecting or even wanting that. They just want to dance and break a sweat.

Let me be clear, I’m talking about Zumba in general, not Strong By Zumba, or Zumba Toning, which function off of different pathways, but in my opinion will still not be enough.

So having established that, what exactly is enough? Well, you certainly need some cardio, and Zumba meets some of that requirement. However, you’ll also need some strength training and conditioning which most gyms provide in their group exercise program. I’d also advise taking a high intensity interval training class like Body Combat by Les Mills, or any HIIT program offered at your gym. Of course, then comes the diet, one of the more crucial elements to anyone’s fitness.

Zumba is a fun, great program to get in shape, and it makes a nice addition to a well rounded fitness regiment. But by itself, it’s not enough. Though I’ll repeat it once again for the people in the back, any activity is better than no activity. As long as you are moving, you are doing better than the person who isn’t. But if you want to reach my level, it’s gonna take a bit more!