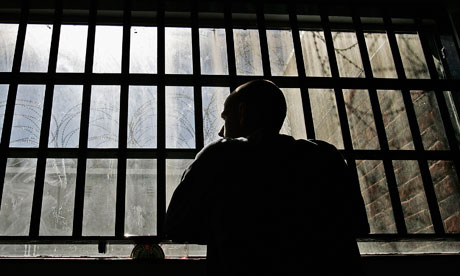 It is not a rare thing that I encounter a young, or not so young person who was just released from lockup in my neighborhood. More often than not, they would come out in whatever they were locked up in, and many times, I noticed that they were ill dressed for the weather at the time. Another thing I noticed is that they generally did not have a phone, metrocard or any cash. I never understood why, but I think I recently pieced it together.

One day while at work, I was heading to the men’s room, and a guy came up to me, he seemed frustrated, and asked me to direct him to the custodian. I had no idea who or what he was looking for, then he stated “I just got out man, I just want to pick up my personal belongings from the custodian and get off the streets.” I asked if he was looking for “legal aid,” he replied yes, and I provided him with the proper directions. He was in the wrong building. He seemed frustrated, but there was nothing else I could do to help him, just tell him where to go. We have nothing to do with legal aid.

Given that encounter, it makes sense to me why these guys would be stuck empty handed. Many times they come out late at night, and legal aid would not be open at that hour. So it sounds to me that they would be out of luck depending on when they are released if no one is around to pick them up, or they have no way to communicate.

I’m not sure what the procedure is here in NYC, but it seems to me that if you take a person, put them on the street, with no ability to move about, you are already starting them off at a disadvantage. I can’t go into great detail as I don’t have all the facts, but I know what I have seen with my own two eyes, and more often than not, I see and hear someone saying “I just got out and can’t get home.” I’d hope that when someone is released, if there belongings are not immediately returned to them, that they would at least be provided with a metrocard to get where they need to be. Otherwise, it seems as though they are being set up to return right where they came from.