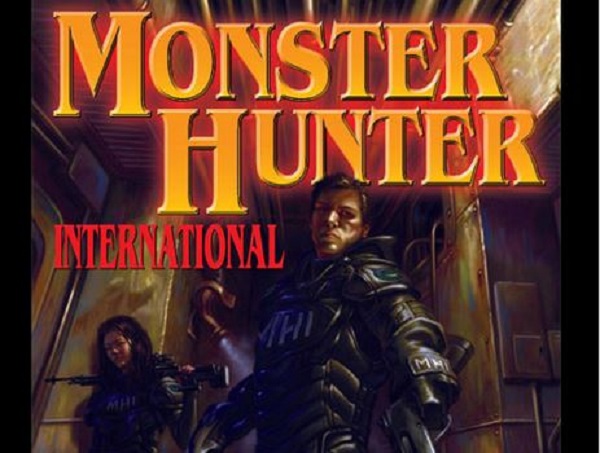 So recently I started reading some books on my kindle. The latest discovery that I have made is “Monster Hunter International.” I haven’t yet completed the book, but so far I am damn sure that I will be reading every single one in the series, and possibly the other books by Larry Correia.

The book starts off with action. It describes an encounter between an accountant, and his horrible boss who actually turns out to be a werewolf. They have a pretty hard core fight, and he eventually ends up killing the werewolf.

This prompts a government investigation to ensure he doesn’t turn into one, and then he is recruited into a Monster Hunter Company called MHI. Then the book continues and they go through many adventures.

Thus far, I am enjoying the book very much, and I don’t want to give out any more details as then I’d probably be getting into spoiler territory. If you are looking for some action fantasy to read, I highly recommend this series. I’m really loving it.

The only time I really used to read was when I commuted for work. Since I don’t commute much these days, my reading time has dropped significantly. This book is so interesting that I am actually reading at home. The only books I ever read at home were the Harry Potter series, and some of Anne Rice’s Vampire Chronicles. It’s up there in quality and entertainment.

I’ve been wondering if it’s possible that they could end up making this into a movie. The story line has some great potential. Although, in a way it’s relatively similar to Men In Black, while being entirely different. I think the possibilities for a film here are amazing. I truly hope that this is something that is in the works for the future. I’d be first in line to purchase tickets to a Monster Hunter International film. I wonder who we could get to play Pitt, my guess would be that based on his massive size, that Dwayne Johnson would be the likely choice.