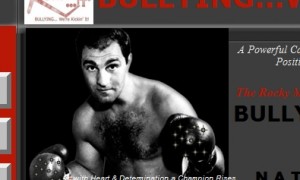 However, one older story that caught my attention most, and absolutely has to be addressed, is the story of nine-year-old Aaron Dugmore, a Birmingham boy who committed suicide because he was being bullied at school! The little boy was apparently being bullied because he was white!

First of all, how does a nine-year-old child even conceive the thoughts of suicide? A nine-year-old, a young kid so unhappy that he could successfully plan and execute his own death. First, I have a hard time understanding how a little kid even manages to think up the concept of suicide. The thought, putting myself in his shoes, is just heart wrenching! I cannot even begin to comprehend what this little man was experiencing and how bad he felt that led him to take this action. The thought of this child being so unhappy that he preferred to end his life rather than continue experiencing the torment he encountered daily is nauseating. Let me repeat this for you, he was nine years old, and he killed himself.

So now what? It goes without saying that I want those responsible for this held accountable on all levels. From the teachers who said, “You chose this school,” to the students and anyone one else that was negligent about this boy’s situation. However, this issue is bigger than this. It goes much deeper.

For those of you that don’t know, I am also a musician, this past weekend I performed at an event called “Bullying… We’re kickin it”.

Many of the performers, including myself, were bullied as kids, and though we all suffered, we all managed to get through it. Though it is clearly evident that not everyone can survive the torment. This means something has to be done about it.

As parents, we have to show these bullies that we will not tolerate them abusing our children. Bullying where I come from (South Bronx) is much more different than the type of bullying you encounter in the suburbs, or more civilized locales. As a teenager, I was held at gun point, I was held under many knives, and more often than not I was outnumbered and jumped by these groups of bullies, thugs. I survived a very dark period where I too entertained thoughts of leaving this world.

Thankfully, I worked through it, and here I am today, capable of performing and sharing my story with other kids who can relate and hopefully work through their difficulties.

I wish that I could help out little Aaron, he looked like a sweet boy. I’m not sure what the outcome of the police investigations were on this story, but I hope that something was done. Those kids are responsible for the death of this little boy and there have to be consequences. Have you guys encountered bullying? How did you get past it and what advice can you offer to anyone out there reading this?