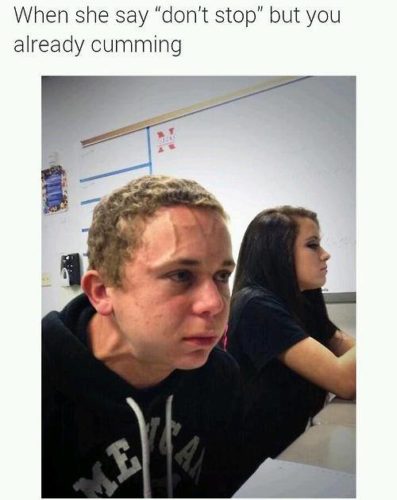 Let’s start by saying that I’ve never been a fan of tennis, cats, or handball. I am a fan of sex though, and I’d only be lying if I said I haven’t feigned interest at least once or twice in the pursuit of getting some. See, when you are young, actually, this applies even when you are old. So yeah, when you are interested in a woman, or a guy, you may feign interest in things that you have zero desire for, in order to share time together with the object of your affection. Fake interest, to get to the person of interest. Such was the case with me on several occasions, I did things I didn’t care for, for sex. What would you do for sex?

In my late teens, I was courting this very cute Trinidadian girl. I use the word cute, because when I think back to her, I feel a soft tenderness. She had this pretty face that I’ll never forget. Everything about her was just so sensual. I can’t put to words looking into her eyes, the experience was second to none. There was just something in her eyes that drew me in.

I could sense that in this case, my cutie was interested in me too. I’m not sure why exactly, she was cool, and I was kind of goofy, not unlike the Angel of today. Hah. I was young, inexperienced, and very much a virgin. I liked her, and I wanted to spend time with her, so I feigned interest in handball. Looking back, I probably didn’t have to do all that, as I mentioned she seemed to like me too. All that being said, I didn’t know any better, and I wasn’t going to lose any chances of seeing her. I wanted to spend time with her. So, off to the handball courts it is.

Can you picture my dumb ass running back and forth on a handball court in the South Bronx? This goofy, white Puerto Rican guy, who has no idea what the hell he was doing? I was desperately trying to get down with these experienced handball enthusiasts. There were guys and girls probably laughing at me, because I sucked pretty bad at handball. It wasn’t my coolest look. Here’s the thing though, I bet those dudes were not laughing when they saw the finest girl on that court leaving with this handball failure. Smack that ball against a concrete wall, son!

Me (Silently): Take that son! Smack that son! Hmm! In yo face!

Yes, thank you Lucy, you provided me the apartment to lose my virginity. I guess I should be much more grateful to you than I am. I apologize for that, it’s that you slobber all over my face when you kiss me, it’s gross. I’m sorry. I’ll do better by you though, thanks again.

Back to the story though. I bet those boys weren’t laughing at that point. That’s right, she’s coming home with me, bruh, even though I suck at handball. Since that time period, I have never, ever, ever set foot on a handball court. I doubt that I ever will for the rest of my life, there are very few things in life that interest me less than handball.

It’s like I said, I probably didn’t have to go through that whole handball fiasco to earn this pretty girl’s interest. She certainly wasn’t coming to Lucy’s place with me because of my horrific display on the handball courts. That was just pathetic and sad, but yeah, the virginity was gone that day. Maybe I’ll share that full story one day, I doubt it though. You guys know I’m pretty open, but that story is not entirely mine to share. Also, there are things that are best kept private.

Let’s just say that it was a very, uhm, “quick” experience. Cut me some slack though, I was a freaking virgin after all! I’ve improved greatly since then, I assure you! LOL. We subsequently lost touch, I couldn’t find her after she left for boot camp. I felt a loss because we shared something very special, and she was now out of reach. There is a good chance that I’ll never find this woman again, that saddens me.

Shortly thereafter, after getting my first college degree, I got engaged, married, and then I left for boot camp too. Over the years I have searched long and hard for her, but I have never found her. I won’t give up though! She’s probably married with a bunch of kids, and probably doesn’t spare me a second thought, but I don’t care, I’ll keep trying. You never forget your first, that’s sacred. Dude, numero uno! I’ll keep searching on occassion, doesn’t hurt me in anyway, right? Where there is a will, there is a way. #nostalkermode

For those of you who may questioning my intentions in seeking my handball queen, as a married man, my intentions are honorable.  I just seek her friendship. So get off it and stop trying to cause drama! I ain’t biting yo!

I can’t recall exactly when the tennis event happened. It was sometime before I got married, and definitely before boot camp. I remember that I was still very nervous, young and inexperienced when it came to women.

When it came to my sports performance, this scenario was not any different than the first. The difference here was that this fine ass Chinese girl was having none of me if I wasn’t down with tennis. Though I made a valiant effort at hitting the ball with her tennis racket, there was no faking this. I sucked, and I didn’t care. She offered to teach me, but I just wasn’t into this. I’m not going to do this crap!

Unfortunately, it was the only place she was willing to spend leisure time together, so that possibility of hooking up disintegrated. It’s a damn shame. I can’t even remember her name, but I do remember those dark-blue booty spandex tights she wore. Damn you tennis, why couldn’t she be an avid player of Bubble Bobble? Yeah, so after that first hang out session, we didn’t kick it any more. There was no way that I was gonna spend another four hours trying to hit that stupid ball. That was a time investment that I was just not willing to make. Bare in mind, that doing this didn’t guarantee we were going to hook up. So, yeah, that’s not going to happen.

I’m a dog guy, always have been. I don’t hate cats, but I’ve never been a fan. In fact, when I was younger, I became terrified of cats after a few nights at my aunt’s place in Jersey. I woke up one morning, and one of her cats was sitting on top of me. I opened my eyes and saw the cat there, staring at me. I was traumatized. True story.

That didn’t stop me from expressing a curiosity in meeting this beautiful, black woman’s kitty cats. See what I did there? Kitty cat? At this point, I was a bit better talking with women, but still young and inexperienced. She knew I didn’t care for her cats, and I knew that it didn’t matter to her. This was just an excuse for me to come over. I still remember choking on cat hair. I’m not allergic, but there was cat hair everywhere.

We didn’t waste any time, within minutes of arriving at her place; we were in bed. I still remember those damn cats crowding the bed while we were getting down. That was a really strange experience. At least, none of them tried to put a paw up my ass. That would have been awkward!

So what have you put up with in the quest to get some action?

Cats, Tennis, Handball, and the quest for sex! LOL. The hustle is real! http://t.co/tKsBviEuHv

Cats, Tennis, Handball, and the quest for sex! LOL. The hustle is real! http://t.co/xx74ytZyvd

[…] take drugs probably cost me what could have been a great night of sex. However, though I’ve compromised a lot in the past while in the quest to get action, drug use was a line that I was not willing to […]

Would You Take Ecstasy If It Could Lead To Sex? - AngelRTalk Show

[…] could have been a great night. Maybe it wouldn’t have led to anything, who knows? I’ve compromised a lot in the past while on the quest to get action, but drug use was a line that I was not willing […]

It Will Become Normal To You - AngelRTalk Show

[…] them, courted them, did whatever it took to get down with them. Hell, you might have even played tennis! You want them, and you will do your best to get them. What about that amazing trip that you wanted […]