Home / Fitness / Motivating People To Push Beyond Their Limits

Motivating People To Push Beyond Their Limits 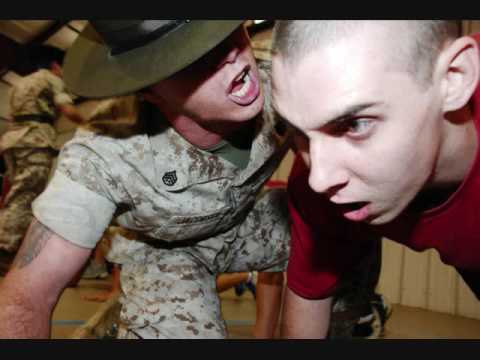 When I’m in a group ex class, either teaching, or attending, it goes without saying that I am in the zone. I’m either giving 100% from the floor, or as the leader shouting out commands and motivating the hell out of my attendees.

When it comes time to do cardio by myself, the headphones come on, and I do a variety of long distance and short interval sprints based on my music. There are different schools of thought regarding what is more effective, be it slow, long distance cardio, or quick, high intensity bursts. So, I do them both. In the zone, focused, intense, dripping sweat as I grind out the calories!

My strength training is also a hybrid of training. Some believe that you should lift heavy, for short reps, while others are proponents of lighter weights, and higher reps. Again, I do both. There is science out there that details how both methods can be useful, so rather than pick, I do them both throughout the week. Headphones come on, no talking, focused. All that being said, as an instructor, I bring this into the group exercise room. One of the things that I have learned over the years is that the mind doesn’t know the difference between perceived danger, and real danger. The body provides an adrenaline response, as it thinks there may be a need for flight or fight. This is perfectly noticeable in people with phobias. They see something that to us is harmless, and their mind panics, freaks out, and reacts as though the imagined danger is real. They will exhibit real life physical symptoms over a mental fear. The mind is a powerful thing, and this mechanism can be used to your advantage in training.

Naturally, I take this train of thought and bring it into my training and teaching. There are many times that you will hear me hooting and hollering, screaming, breathing hard, making sounds that simply make me look like one weird mothersucker. But, there is a method to my madness. I’m not crazy, I’m not looking for attention, I’m simply trying to push through to the next level. First of all, you must ensure that you are breathing when training. This is a trick that the military has down to a science. Cadence calling is a great way to keep a group organized, engaged, focused, and… You guessed it, breathing. You can’t be hooting and hollering if you are not taking in oxygen!

Next, the sound effects also ensure that you are not holding your breath and performing the valsalva maneuver. This can be helpful and is almost inevitable when lifting weights, (or pooping) but you have to be careful with it as it can cause potential issues. Do a quick search on google if you’d like to learn more about it.

When I used to train and fight mixed martial arts, exhalation and sound was part of our training. When you jab, you exhale, and so on. It’s more or less for the same reasons stated above, and frankly, it’s kind of cool. Hah!

Yesterday, as I was coaching my group, I ran around the floor, screaming, pushing them, “Arrrghh.. Push! Don’t quit! Beast! Arggghh.. Who’s in charge? Don’t quit! Argghhh.” I jump, I get close and stomp on the floor, and they push harder! I tell them don’t be shy, let it out! “Arrgghhh..” They make their sound effects, and they keep pushing and trying. “Don’t give up! Don’t you dare give up on you! Arrrgghhhh..” Jumping and screaming like a madman, but they push, and it works.

I do these things to create an adrenaline response. My trainer knew that this was how I responded too, so when we worked, if he saw me slowing down, he’d attack me with intense speed, and some power behind the shots. This forced me to react and defend myself, or, basically, I’d get hit really hard in the face and head.

People didn’t understand it when they saw us working, and they saw this dude coming in and assaulting me, while I covered up, and then continued to implement whatever moves we were working on. It’s all about creating an adrenaline response. This particular level of training is definitely not for everyone. But, we knew each other, our temperaments, and there was never any anger or frustration. Though, I did have cobwebs a time or two from an unexpected shot. LOL.

It works in combat scenarios, it works in military drilling, it works in martial arts, and it works in a gym setting. Just keep your hands to yourself, or ask permission if you wish to make contact, and don’t call them “worthless maggots.” The drill instructor bit will only go so far in a civilian setting. Also, know when to back off. Some people don’t respond to this, and some simply don’t have it in them. When that is encountered, keep it moving, don’t take it personally, and don’t offend their sensibilities.

This happened to me in one of the city gyms. This woman was performing a move incorrectly, and she was absolutely lackluster in her performance. So, I went over to attempt to inspire her. I don’t know her, and I don’t frequent that gym, so I was a bit mellower in my approach, but she simply said, “I’m fine, move along.” I insisted that she was risking injury, and again she said, “I’m fine, just move along.” Well, okay, guess what I did? I moved along. It’s not my knee that will get injured, and I certainly won’t get sued because some person refused to adjust, so whatever, that’s your problem lady. My style of training may not be for everyone. We are all different, and respond to different things. Some people need to be coddled and hugged during a workout, and though I may be able to do that in a one on one setting, when it comes to group ex, I look at the entirety of the group, and do my best to benefit everyone. So far, anyone who takes my classes seems to come back, and for the most part, I’ve received excellent feedback. When you love something, it shows in your work.

I train them hard, and I make them push, but one thing that is crucial, make the workout fun! The hour will feel like a few minutes for them, and they will be more likely to continue with the program! That’s the key!