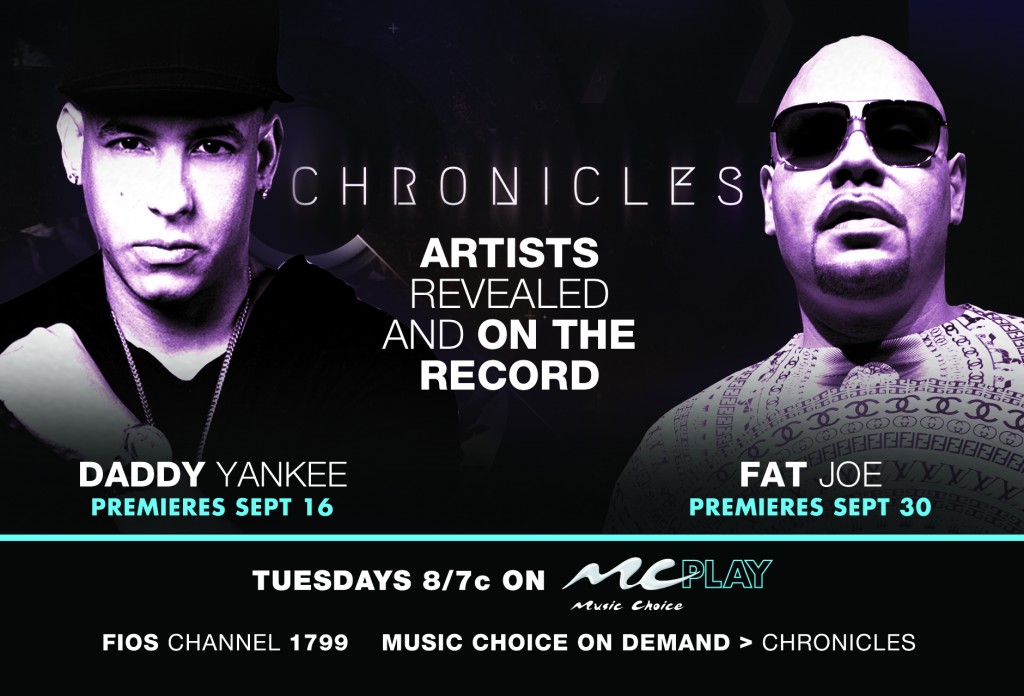 Fat Joe and me go way back, I mean, he doesn’t know this, as the relationship is one sided. However, we go way back. I’ve been listening to this guy since I was a teenager. I still remember how he and Big Pun were slaughtering the streets of the Bronx. Mixtape after mixtape that we’d buy at Sandy’s Music World, you’d hear one of them, or both of them together. Pun is gone, RIP, but as Joe will tell you himself, Pun lives on in his work. If you watch the snippet below of Music Choice Chronicles, you’ll hear Fat Joe tell us how Big Pun taught him to make hit records. It’s amazing how this man pays homage to his friend.

During this series, you’ll get an inside look at how Fat Joe came up in the rap game. He’ll take you through the path that a Latino from the South Bronx took to reach the heights that he has. Music Choice is giving us this awesome look behind the scenes, and into the past. Before Rick Ross was taking off his shirt in shows, Fat Joe was already doing it, asking us “What’s love got to do with it, got to do with it?” I still remember watching this MTV performance at my buddy’s house. Not too bad for a boy from the projects, right? My wife recently saw Fat Joe perform at a corporate event for a company she works with.

It is very cool to see Fat Joe get the recognition he deserves, and it is cool to see him talk so candidly about his life. If you’d like to see more, keep on reading, all the details are below!

Launched August 26, Chronicles will also feature 50 Cent, Jason Derulo, B.o.B., DJ Cassidy, and Aloe Blacc in its first season. For seven consecutive weeks, Chronicles will give viewers unprecedented access and an up-close-and-personal look at some of the biggest names in music as they put themselves on the record and reflect on their journeys to become the artists they are today. Tune in to Music Choice Play on Tuesdays at 8pm ET/PT this fall to discover how B.o.B grew up and the influences that drove him; catch up with 50 Cent as he conducts a master class like discussion about the music business; see why Jason DeRulo can’t stop working and much more exclusive content and revealing interviews. Each episode will become available on Music Choice On Demand following its initial broadcast premiere on Music Choice Play.

If you missed ‘Chronicles’ with Daddy Yankee or Fat Joe go to Music Choice on your TV’s On Demand menu.

Disclosure: This is part of a paid campaign with Sofrito Media Group, All opinions are my own.