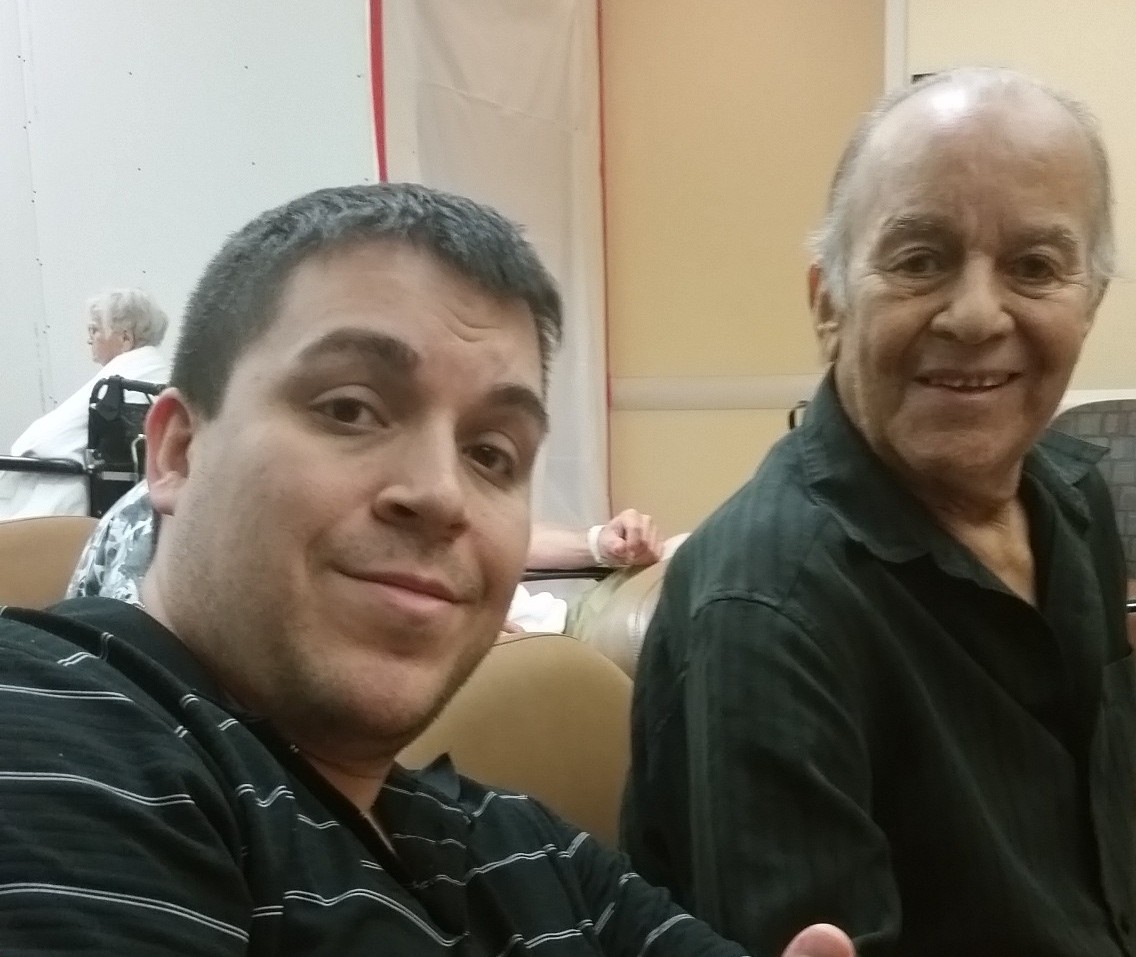 My father has always been a pillar of stubborn strength. He has never been one to show weakness, or admit any form of defeat. Sometime ago I flew him out to Florida. He had a bit of a scuffle with some local thugs and needed an expedient escape.

My dad has a quick temper, and he’s not one to take crap from anyone. Especially when it comes to some piece of crap gangsters. These fools attempted to extort him, and didn’t realize who they were messing with. My father took out a gun, and put it to one of the thug’s heads. They backed off for a while, but in time, they came back in greater numbers and vowed to kill him. When the police wouldn’t help him, and the thugs continued trying to get him, he had no choice but to flee. Remaining in New Jersey would have meant that either they murder him, or he gets them. Due to this, quite possibly for the first time ever, he reached out to me for some help. So I got him out of there during the cover of night. Thugs like to sleep.

My dad was not too keen on spending the rest of his remaining days in prison for killing some young thug while defending his own life. So he’s been in Florida for a few years. One of the last times I saw him was during an emergency visit when he ended up in the hospital. Sadly, I found myself in Florida again, for the same reason.

As I mentioned before, he’s never been one to admit when he’s in trouble, even when it’s pretty damn obvious. I had phoned to check up on him, and as always, he said he was ok. When I got off the phone, I burst into tears. There was no way he could lie to me this time. I could tell he was not well at all. That’s when I bought my tickets to Florida. Even though he was telling me how great he was, I could see that something was terribly wrong. His voice, his mannerisms, something was terribly wrong.

I went out with my son, and we stayed a few days. I went over to his place, to see how he was living. His place had nothing. There was practically no food, and some parts were just filthy. It’s really very sad, and heartbreaking to see my dad living like that. He’s staying in a sort of old folk’s community. The place is nice, and very quiet. However, it’s almost like you are there waiting for an end. I like peace and quiet, but there was something terribly eerie about the silence in this place.

My dad is a bit paranoid. So as we all sat around, in the silence. I observed him looking out the window, cautiously, as if he’s expecting someone to do something to him. People have told me in the past, that I am paranoid. Some have even said that I am certifiably insane. I can see how they may come to that conclusion. However, observing my dad, even someone like me can see that he is in fact a bit paranoid.

He told me that someone tried to shoot him in the head when he was riding his moped. He claimed that the thugs from New Jersey found him. So he went and got himself a firearm, I took a look at it. It’s a small .32. I tested the loading mechanism. It continually jammed, so I worked on it until it properly loaded. I also taught him some basic firearm safety. He really shouldn’t have a weapon if he doesn’t know how to properly operate it. I taught him as best I could. I couldn’t test fire it though. I was trying my best to make sure that he is safe. I also tried to assure him that there was no way those thugs from New Jersey could find him there. They are local, low level thugs, not high level, organized gangsters.

Since he’s way out there, I tried to make him as comfortable as I could in the time I had there. I sorted out some of his bills, taught him how to operate a cell phone, etc. I also closely examined his place. He needed quite a few items. I went and picked them up for him, and I also cleaned up his place.

I don’t drive; when I first arrived in Florida, I sat in the car rental lot for nearly 45 minutes inside the car. Terrified. Shaking. Drenched in sweat. Damn near in tears before I finally developed the balls to back the car out. See, since I got my license 5 years ago, I have not driven once. I was terrified of killing myself, my son, or anyone else. However, this is one of those times where you have to do what you have to do. So I started to drive.

When I arrived at his place, I saw him sitting outside, I damn near didn’t recognize him. It’s tough seeing your parents suffering like this. It was just as hard when my mom was in the hospital battling cancer. Except that she was closer to us physically, and she’s my mom. No one tops mom, you know what I’m saying?

My pops and I have a strange, distant relationship, there’s a lot of history there, same as my mom. However, he was always “around” to some degree. This is the least a son can do for his old man. I’m always quick to help a veteran, and others in need. I’ll be damned if I don’t do at least the same for my people. Don’t ever turn your back on your parents!