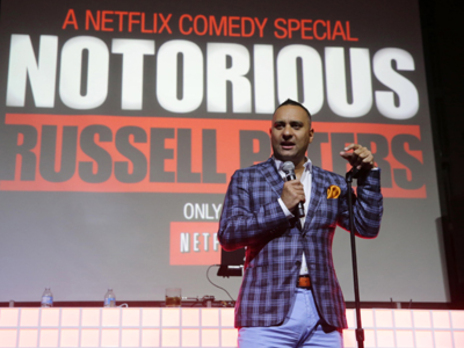 So my son was telling me that he has been watching some standup comedy, something that he always refused to watch with me. I thought this was awesome, so I figured I would introduce him to the hilarious comic, Russell Peters. I didn’t know that he had a “new” show out, so we watched that one. Both me and my wife were cracking up, my son laughed, but he wouldn’t let me believe that I showed him something cool. LOL. Kids.

In any case, after the Notorious video, this 4 part docuseries showed up, and as a fan I decided to check it out.

Here are a few things I learned about Russell Peters during the show:

I was already a fan, but after watching this video, I have even more respect for him. He brought many of the comics that he has met over the years, and had them opening for him. In some cases, when a venue didn’t want to pay his openers, he took money out of his own pockets and paid them. Now, you may think that “Russell is loaded, so who cares” but the fact of the matter is that he doesn’t have to give anyone a damn thing. The fact that he does, that says a lot about his character.

I thought that he used to play on the turntables, but it turns out that he’s a legit DJ, and he’s a huge, and very knowledgeable hip hop head! If you are a fan of the guy, this special on Netflix is a must see! If you are not a fan, then give a shot to one of his shows, any of them will do, the guy is hilarious!

Russell Peters Vs The World is available on Netflix. I tell you guys, netflix is definitely stepping up their game! They are producing tons of great original content, and with specials like this, I’ll always keep a membership with them!