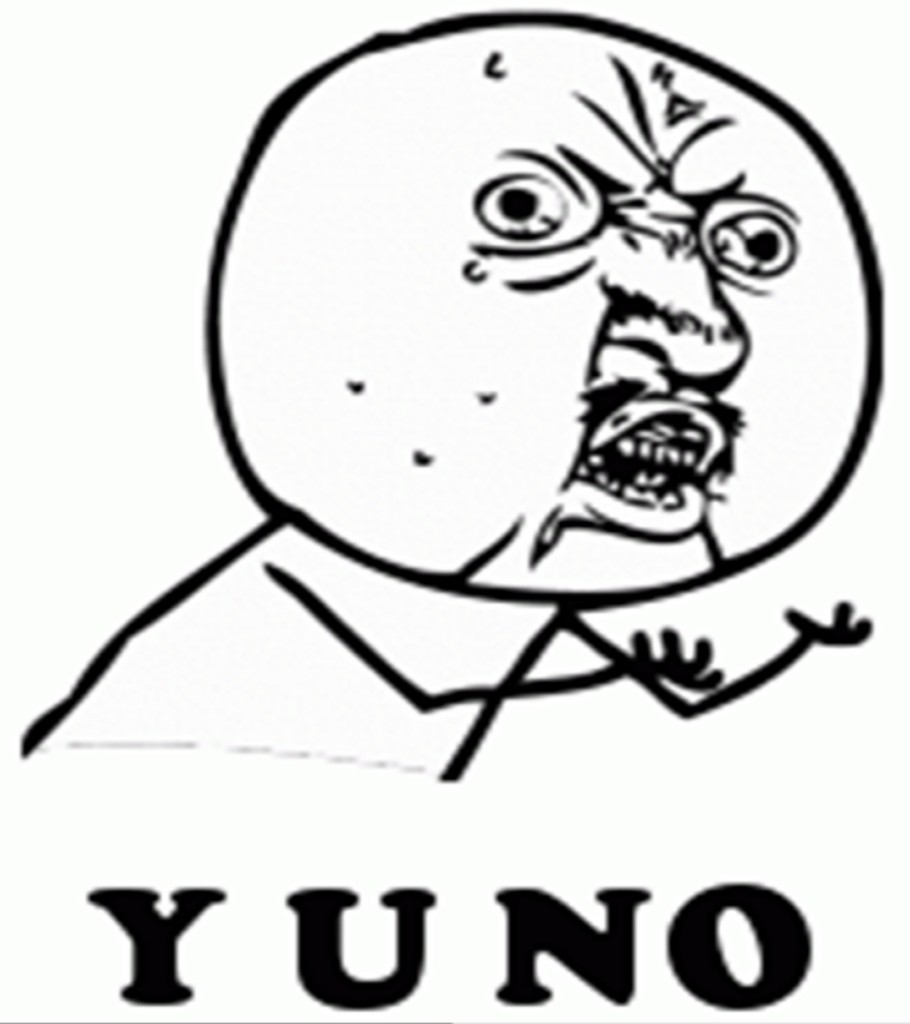 Looks friends, nobody likes to miss a train, nobody likes to be stuck waiting either. So it’s understood that sometimes people will run for the train. I get that. What I don’t get is the people that come running from a bus, outside, or from another train for the train. There are no train rumbling sounds but these people are running full speed for a train that isn’t there, and isn’t coming yet. But man they’ll bump into you, they’ll cut you off, and continue running full speed until they hit the platform. Then when they reach there and stop they appear confused.

Meanwhile the whole time I’ll continue walking, chilling, I’ll catch up to them, look at them sucking wind and out of breath, sweaty, and I’ll nod and smile while thinking to myself “Y u no stop be stupid”. Meanwhile they continue looking to see if maybe it’s coming?

Okay runner, you look like an idiot. I’m sorry, but that’s exactly what I see, an idiot in a rush to get nowhere fast. I saw one running like a madman today at the Kew Gardens stop, she blasted past me and nearly ran me over.  Not only did I catch up, but the train that eventually came was my train and not hers. See? I got in and looked at her, in a rush to get nowhere fast.

The worst offenders can be found at the Jackson Heights stop at 74th street and at Flushing, hell the entire 7 line has them, but those stops mostly. Don’t believe me? Go and stand around watching for a bit, then count how many idiots you see running for a train that isn’t there, it’s comical.

This is NYC, there is a train running all day every day. If you miss one there will always be another one coming. Try and relax, and don’t be that idiot running for a train that isn’t there!

I’m running for the train. What train?