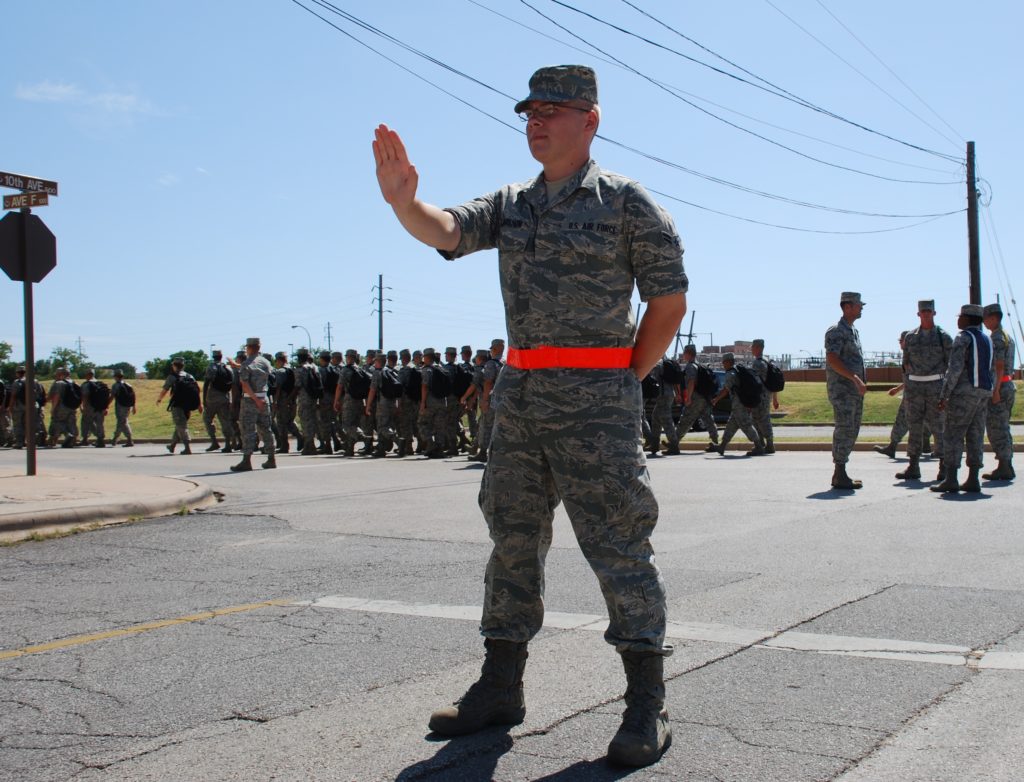 When I joined the military, I wasn’t fat, but according to military standards, I was heavier than acceptable. To remedy that, and get you within spec, in addition to putting you on a very restricted diet, with the regular training we all do, Military Training Instructors have another tool at their disposal, Road Guard duty. Road guards are tasked with being in the front of a flight/platoon, and run into roads and act as traffic controllers. We march as a big group, on the street, so we are tasked with getting the flight across streets. As the group marches towards a place where traffic can flow, the training instructor will scream, “Road Guards Out!” Then, the two road guards coming in from the very front of the formation will run out and post up telling traffic to stop, when the flight is halfway through, the ones in the back run forward and tag the others out. This gets you running up and down the length of the flight while they are marching. A clever way of burning some additional calories. I was a rear road guard, this meant I did a lot more running to the front. And though it kind of sucked to get the job because I was “too heavy” back then, it definitely helped me drop a lot of weight. I came out of there at a weight of about 170 pounds, and was looking quite nice if I may say so myself. Most of us leaned out quiet nicely, even though our PT and cardio was nowhere near as challenging as what the Marine Corps portrays their’s to be. Eating less, exercising more, and marching everywhere is a surefire way to drop weight. And if you have a few extra on you, don’t worry, there’s always Road Guard! Did anyone out there also have road guard duty? It’s an important job, but when they tell you that you are too fat for their standards, then force you to do it, well, it’s not that cool.