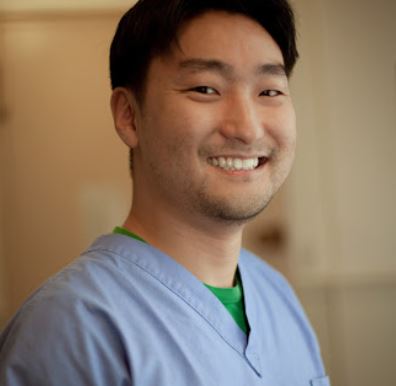 As much as I hate the dentist, I recently decided that I had to be proactive in my oral care. The reasons for my hatred go back to childhood dental trauma experienced over a period of many years. That’s another story entirely, but suffice it to say that I felt tortured and ridiculed at the hands of dentists during my formative years.

In any case, I’m a grown ass man now and not much for being ridiculed. Furthermore, as a rational adult I can navigate the world much better than I could as a child.

So I’d been visiting quite a few dentists in order to find out who I would go with for my invisalign treatment. Most of the dentists I met were cool, but some were greedy and to even talk to you they wanted large sums of money. Granted, I did have to pay Doctor Kong for an exam, but they were not charging me to simply talk to me. That would have been a red flag as it was with some of the others. I worked out most of the details out with Sue who is the office manager and runs the show here in Queens, she’s pretty awesome and I dig her.

So my first impression of Doctor Kong was very good. His practice embraces technology and my interactions with the team has always been positive. When I met Doctor Kong, he laid things out for me, we spoke for sometime, he was very clear, professional and addressed all my concerns. He seemed confident in his work and plans for my teeth. He told me the things that needed to happen prior to even beginning the invisalign work and he seemed extremely knowledgeable. I did perceive quite a bit of confidence, almost a little too much, but that’s not a bad thing is it?

In any case, as a potential future patient of his, I liked that he was so confident. It’s actually one of the reasons I chose to work with him as opposed to some of the other similar priced or even cheaper dentists. Confidence comes from practice and skill. Also, as a fairly experienced people person, I can kind of tell when someone is arrogant and full of shit, or when someone is just confident and actually knows their shit. I sensed that Dr. Kong is the latter and actually knows his shit. There were much cheaper guys out there where I could have done my oral work, but my gut and instincts told me to pay more and work with this man. So that’s what I did. In fact, I even changed my dental insurance so that I could use him. Admittedly, it did take a year for me to come back to him after my initial visit, but that goes back to my childhood terror of dentists.

Mind you, he didn’t hard sell me or anything. He was kind of matter of fact about the numbers. He didn’t try to hide them or anything. I appreciated that openness too. Its kind of like, he’d like you as a patient, but he doesn’t need you as a patient. With that, there are no bs tactics, no sneaky or shady behavior, etc. I was once tricked by a damn dentists into thinking she was part of my network, and after everything was done, they charged me a few thousand dollars. I was young and naive back then, but I sure wish I could remember that asshole’s name!

Anyway, the first step in my process was to reduce and or eliminate gum disease. This has been a recurring problem in my life and I’ve had to do a deep cleaning a few times already. When I say deep cleaning though, I’m talking about getting shots in my gums and them getting way up in there to clean all that nasty shit out. My gums would bleed a lot and were inflamed. They took care of that. Since then I floss every damn day! Before that, I never flossed. This is Grace, she is the hygienist who took care of my mouth. Doctor Kong could tell, (I also told him) that I was terrified of going to the dentist and that I used to violently fight them off when I was a kid. He told Grace to please be gentle because I was very nervous and he didn’t want me to lash out. LOL. I assured them that I wasn’t going to punch anyone or do anything crazy. That was just a young version of me and that I’m way too old for that now. Also, Grace is pretty cute and I had no intentions of embarrassing myself by punking out in front of her. LOL. Doctor Kong went about numbing my mouth, and then Grace was as gentle as one could be during a deep cleaning. I had a lot of crap in there and she certainly had her work cut out for her. Unfortunately for me, some of that crap that was flying around in my mouth gave me a throat infection and I spent quite a few days in pain after. My tonsils were swollen AF and the uvula was so damn fat that I could pinch it between my tongue and palate. It was nuts.

Anyway, it hurt so damn much that I went to my primary care doctor and she said it wasn’t bacterial so antibiotics would not help. The only option I had was to let it run its course. That sucked but eventually got better.

I’ve been scheduled for cleaning sessions every 3 months and regular visits to keep my gums and teeth healthy. This appears to be well on its way now. I went in a couple of months ago for my first follow up and cleaning session. It was with Grace again, and I think I took it like a champ. I did let them know that my throat was a bit sensitive and what happened last time. This time we were good and I didn’t get an infection. I presume that since the heavy cleaning is done, it shouldn’t happen again. After that process was over, they were to examine my mouth and see how things were coming along. Once my gums were better off, then they could look at invisalign. However, before that could happen, I had to remove at least one of my troublesome wisdom teeth. I did all four of them to be done with it once and for all. This wasn’t fun but it needed to happen. Check out Dr Blum on that process.

Now we can start the process of straightening out my teeth. I feel like this is just a waste of my time and money as I’m already an old man. But I’d really like to know what it feels like to have straight teeth and be able to properly close my mouth. So I’m just going to start the process. Doctor Kong had already showed me a sample of what they should look like towards the end of the process. It is pretty exciting stuff and I’m stoked to get it done.

This practice is a great place. The support staff, administrative staff, and pretty much everyone I have encountered has been really good. If you are looking for a dentist to get some work done, I highly recommend Doctor Kong’s practice, Better living through dentistry.