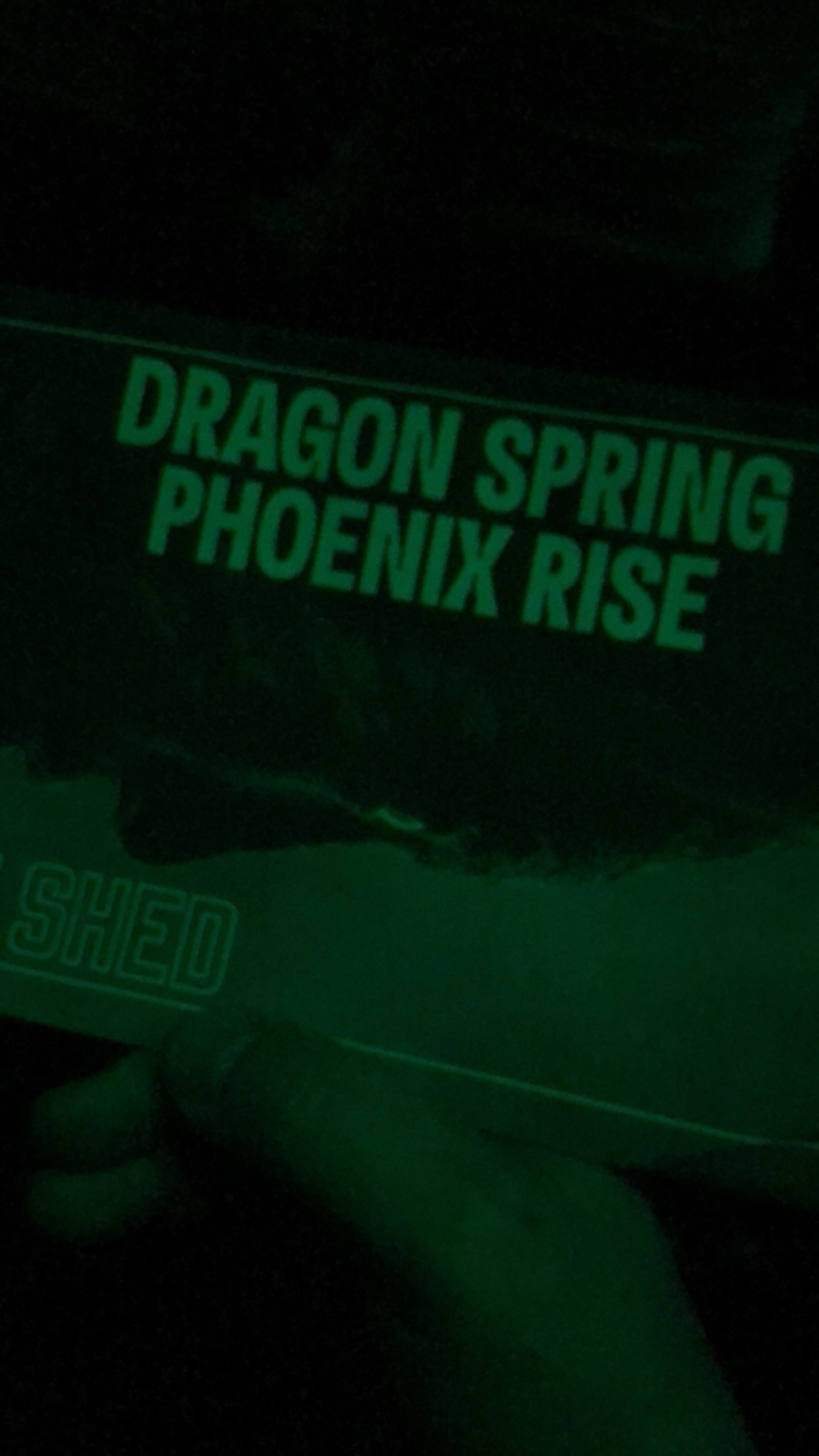 So this show appeared on my wife’s IG page and she showed it to me as a show of interest. Seeing as though it has been quite sometime since we’ve been to a show, we both figured this would be a nice one to hit. Also, we were catching the previews of it so the tickets were a bit cheaper. We caught it on opening day this past Saturday. We had some really good seats by the way, they appear to be to the side, but the way this set was laid out, we were very close and had a spectacular view. Don’t let the seating charts fool you, there really wasn’t a “bad seat” in the house. This particular layout is intimate enough that even nosebleed seats are still relatively close. I forgot my glasses, and from I was sitting in the H row I could see their faces clearly.

One thing I will say about buying tickets to The Shed is that you should definitely take note of the seating legend, especially if you getting seats on the side. Some folks thought they were buying seats next to each other, but because of the way the rows are actually setup, they ended up behind each other as opposed to next to one another. This is tricky and if not for my wife catching it, I might have made the same mistake.

So about the show, I’ll tell you guys, this show was a thing of beauty. Several times throughout the production I was moved to tears simply because of the artistic beauty of it. Unfortunately, we were not allowed to take pictures during the show, but the set was beautiful.

The story was a bit weird for me. Some of the stuff that happened didn’t make sense and left me kind of confused. All I’m saying (without dropping spoilers) is that there has to be a time when you don’t just let someone walk away. There are things you just don’t get to do and walk away! No, no, no! I didn’t understand that very much, if you watch the show, you’ll understand why I was tripping.

Also, there were a few things that confused me regarding the plot, certain natural reactions and responses one would expect to see based on the story line and certain discoveries that were made by the characters.

Overall, this follows a familiar trajectory in kung fu type shows where loved ones are pitted against each other by opposing forces. You see familiar scenes played out. But though familiar, it was still fresh and new in its overall delivery.

All that being said, the choreography, the music by Sia, the dancing, the set, it was absolutely beautiful. It is a musical so there was some singing which I’ve never cared much for on Broadway, but it was beautiful here. Sadly, the music drowned out the vocals and I couldn’t really hear the songs. When music was playing over dialogue, it was also very difficult to hear what was being said. They gotta sort out the volume and the bass situation. Lower the music or raise up the vocals.

I’m being a bit more open with my critique because this was their “preview” so I presume they want feedback from the audience members.

I’m not crapping on the show, I enjoyed it and like I said, I was moved to tears a few times solely on the beauty of it.

One of the scenes, and this I’m sure was a source of stress for the staff, was the water scene. There was a scene were real water came up, and then at the end it was supposed to be dried up and drained out. Something went wrong there and we spent about 30 minutes waiting on it to be sorted out. I had cool people around me so we were talking and joking around while it was being addressed.

Hey, things happen, and the dancer’s safety is priority. So we understood that they needed to take as long as it took to address it. Eventually it was all good and the show went on. I hope they sorted that out and no one got in too much trouble. Maybe go with some fake water or something. Heheh. The water was really cool, but maybe a bit overkill and not worth it if it causes this much work and stress for everyone involved. It is a nice touch though.

So we went to see #dragonspringphoenixrise last night at @theshedny I’ll put up a full review on #nyctalking later. But overall, despite a few delays and growing pains, I think it was a pretty cool show. If you know me, you know I’ll have lots to say, but it was definitely enjoyable. #review #blog #nyctalking

Overall, I think this was a great production and I did enjoy it. The cast is extremely talented and showed us a great time with some laughs as well as drama and intensity. If you’d like to see a beautiful display of talent and aerial artistry, this is a great show to see.

P.S. I feel sorry for the dude dancing in the plastic see through rain coat. That poor man must have been cooking in there! LOL. The sacrifices we make for the love of art!