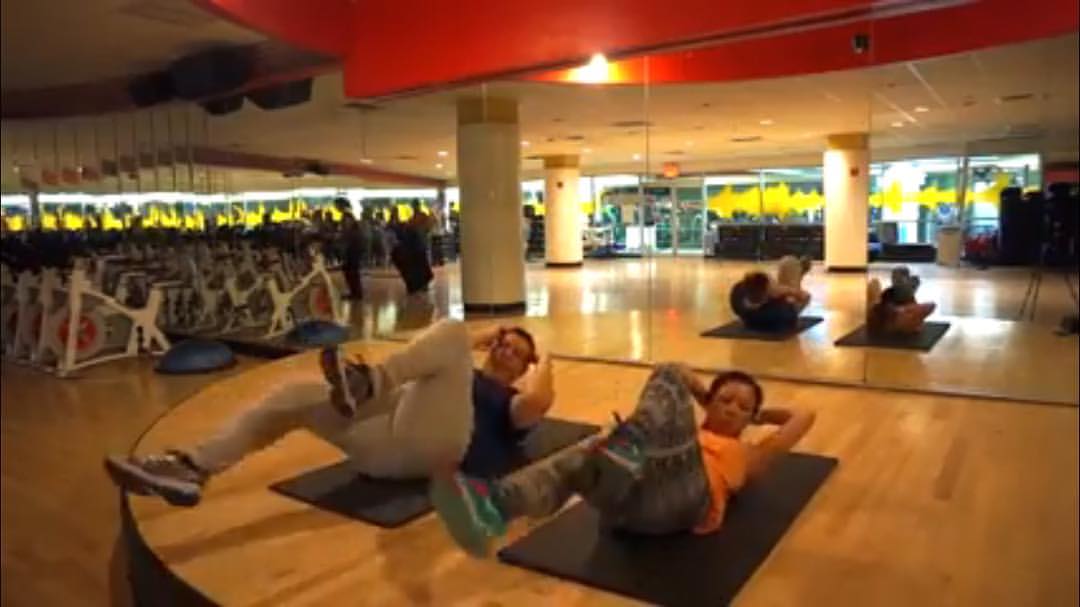 Last night while at a meeting at 24 Hour Fitness, I received a phone call stating, “Hey Angel, we are opening tomorrow. 6am, you are the first class. See you there.”

Generally, when it comes to group ex, you are assigned one or two classes at a location, and that’s pretty much it. So most instructors that I know work at several different gyms. Unless they are lucky and get a few classes, or also happen to work for the gym in another capacity.

The first gym I applied to was 24 Hour Fitness, that was the logical first step. I spend most of my time there, and pretty much take EVERY SINGLE CLASS! Unfortunately, at first, there wasn’t a need for my services, and my application was shot down. Noooooooo…

At that point I decided that I better diversify  my portfolio and start to turn the odds in my favor by going broader. So I applied at NYSC, Equinox, Retro, and some other smaller, local gyms. NYSC called me, then when I reached out, they never replied again, go figure. Retro Fitness also gave me a call, and invited me to audition for them.

Retro is in the process of opening a brand new gym in Rego Park, and after my audition, they gave me a shot at 2 morning classes. Both are very, very early, 6am in the morning! I took them because I think it’s really cool to be part of a new gym as it comes to life, I need the experience, and, why the hell not! It’s not often that you are given a chance when you have zero experience, so I went for it.

Subsequently, I was able to get a shot at 24 Hour Fitness. I auditioned, and just yesterday I finalized the process of being hired to work there as an instructor and a sub at my home and a few neighboring gyms! This was my ideal situation, and I was very happy that I was able to get an opportunity there as well. In fact, this was the main reason I did all this to begin with. As such, I was extremely happy to eventually get on board!

So today was my first day teaching at Retro, the gym opened it’s doors to the public today. They called it a soft opening,  it was very quiet, a dozen people were present, of which 4 joined my total body kick class.

I think overall, the class went well, but I learned a few things. I generally don’t choke when performing, I’m pretty solid about what I do. I train and I practice hard, and then all that’s left to do is perform. However today, I forgot to incorporate some very basic moves that I often use in my solo routines. I didn’t blank out per se, but I forgot a few key things, including side knees! How could I forget those?

I’m happy that my first class was very small, and that made for a more forgiving, flexible environment. I also realized that I still have to heavily focus on my counting. If I engage the class, and say things that break my focus, I lose the count and then I screw the whole thing up and have to restart my counts.

I did fairly well with my mirroring, facing the group instead of using the mirror! That’s been something that I have been practicing very hard for sometime. The practice paid off, and it worked out perfectly.

The main critique I have for myself is regarding the simple basic movements that I forgot to include, and getting better at counting, and talking without counting.

All in all, I’d say the day was a success. I’m excited to do it again on Thursday at Retro, and I look forward to what 24 Hour Fitness has in store for me.