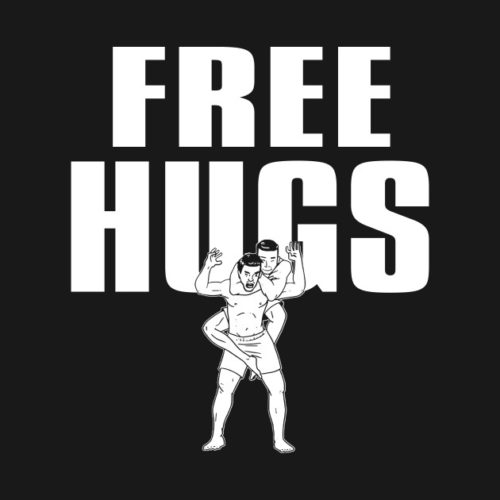 As I mentioned before, it took me over 13 years to get back into Brazilian Jiujitsu after I got hurt that one fateful day. Basically, I was just scared to get on the mats, I was scared to get hurt, and I didn’t want to get my ass handed to me over and over again. That’s the honest to God truth. This sport is tough and it takes some guts and humility to get in there and do what we do.

The first week I was out was because I gave a monster an advantageous position over me. I didn’t know the level of monster this person was so I didn’t really worry when they put me in a headlock, then I started to feel the power in the squeeze. Again, I still didn’t realize how strong the motherfucker was so I didn’t even try to fight it, I figured I’d be able to use my technique and skill to get out of it.

This dude was strong as fuck and he started to crush my damn neck with ridiculous force from a top position. It would appear I made a huge mistake in letting him get the top position and not fighting to improve. I figured I’d take it easy on him cause he looked so young and innocent. Well fuck that shit, his looks were deceiving! Though he “looked” kind of heavy in the gi, he was not. Also I thought he was a brand new beginner so I didn’t worry too much about position. The coach kind of hinted that I should go easy since he was new, so I figured it was safe to hold back. However, he wasn’t heavy, the dude was built like a damn ox and the way the gi fit him was very deceiving. And yes, though he is a beginner, he’s still got enough experience which coupled with his power was able to stop me from escaping the position I gave him from the start. The beating I took from this guy that morning put me out of commission for a few days. Man, he was strong as fuck and kicked my ass. I’ll never willingly give him top position again, that dude violated me!

Next up, I had some heavy dental work done on my mouth. This work led to a really bad and extremely painful throat infection. My tonsils and uvula were so swollen that I couldn’t even swallow anything. In addition to that, my gums were bleeding a lot and really sore as well. We wear mouth guards in training, and we also get chocked. So I decided to stick to cardio and strength training as I healed. This brings me to this last week. Enter my latest injury, my damn hips. I presume that it got hurt simply through a repetitive stress motion. I use this machine that takes focus away from my calves, but apparently puts it on my hips. If it ain’t one thing its another. I’ve now left that machine alone and started other forms of cardio. I think that I’ll be going to the method where I do about 20 minutes per machine and then move on to avoid this type of repetitive stress injury.

In addition to this pain, y’all know that my wrists are already fucked up, well getting underneath heavy weights for a military press certainly didn’t help. It’s better now, though it still feels hurt and I may tape it up for training. Probably a good idea to protect myself.

Anyway, all these excuses and whining is to say that I’ve been out for weeks now, and just like before, I’m not ashamed to admit that I’m fucking scared to go back in and train. Understand this, the hardest part of  it is simply getting your ass in there. Once you are there you will resort to doing what you have to do. You will become the savage you are and adapt once again to the training. Once you start back up, it’s easy to keep going. However, if you are a little sucker like me, whenever you take time off, its too easy to make excuses and occupy your time otherwise. The hardest part truly is getting back in there.