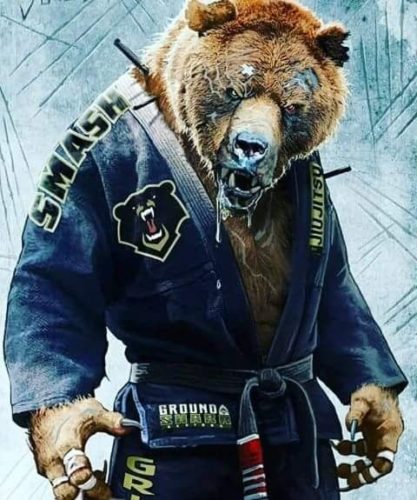 To be clear, I am speaking about two, brand new BJJ practitioners. Both with zero experience, one starting the Gracie Jujitsu Combatives program, the other starting a typical Brazilian Jujitsu curriculum at another academy.

Also, I know that Gracie Jujitsu is Brazilian Jujitsu. I’m using the name to speak about the programs and the fundamentally different approaches that each takes. Furthermore, I am speaking specifically about the Gracie University program as compared to the typical BJJ program.

Additionally, one could argue that this comparison is apples and oranges due to the nature of the programs mentioned. I am inclined to agree with that statement. GJJ, at the Combatives level is not meant for a BJJ trained opponent, that is by design and should be noted. But that being said, the question is often asked of me, given that I have trained in both worlds. So let us respectfully have the discussion.

I was asked how I felt about the drilling only format of Combatives, and if I felt that a Combatives guy could fight against a non-GJJ guy. Let’s go with some brutal honesty here. Despite loving and training at a GJJ school, this is my unfiltered and honest assessment on the matter.

I believe that all things being equal, if one of our GJJ 4 stripe white belts, solely trained in the Combatives curriculum, were to fight against a 4 stripe white belt from the outside, they would not stand a chance in hell against them. I’m sorry, but that’s where the sparring comes into play.

The amount of training time the outsider spent rolling and the experience they have over the GJJ guy will make them far superior grapplers. I would argue that the practitioner who trains at the non-Gracie academy will submit the Gracie Combatives practitioner 10 out of 10 times. That is, all things being equal of course.

Of course, there are submission details that I have learned at the GJJ school that I hadn’t been taught or perfected elsewhere. We also cover headlock escapes and other self defense scenarios that I was never taught at any other BJJ school. However, this article is speaking strictly on the premise of who would win in a violent encounter, all things being equal.

If one of our 3 stripers runs into an untrained guy in the street, and they can apply the techniques in a real life scenario where things aren’t scripted for a drill, they have a good chance of coming out on top. I think they might have just enough skill to survive or control a violent encounter against an untrained opponent. Honestly, I think that is what the Gracie brothers intended here. They want you to at a minimum be able to survive a street encounter in the shortest amount of time possible.

We do something called “reflex development,” but even that is kind of scripted so that you can anticipate what to do next. I actually have a hard time with reflex development because I have been rolling for a long time, so the nature of RD confuses me and throws me off of my game. RD is helpful, but without a resisting opponent who is dynamic and unpredictable, I just have a hard time thinking we will be as efficient in the street as a traditionally trained BJJ guy who’s been live sparring for months.

Since I’ve rolled before, I’m not too worried myself as I know what a resisting opponent feels like. But if some of my training partners are walking around thinking that they can fight against a BJJ trained guy, they would be sadly mistaken. We are just not practicing enough live fighting at this current level to be efficient against someone who has been sparring. We definitely have a good chance at winning/surviving against an untrained person, but not someone who’s actually been sparring.

My wife does the women empowered program, and though she’s no fighter, I couldn’t abduct or subdue her as easily today, as I might have before her training. I believe that both programs have benefits, but at this level, against a trained opponent, it’s a wrap.

I believe that once you earn the Combatives belt and enter master cycle, as you work your way up to blue belt, then things are equalized. At that point, we might even have an advantage because our fundamentals are so solid. I got to move around with a few GJJ blue belts and I felt like there was a wall on top of me, an immovable object that I simply couldn’t do anything with. I never felt that level of control from a blue belt before. Don’t even get me started on our head Professor, that man is a wizard. His instruction and details are second to none.

As I mentioned before, I’ve learned so many details that I didn’t know before while participating in this program. As such, my techniques are much more solid than they were before I trained here. I can actually perform submissions from my back now, and I could never do that before. Those details are game changers for someone like me. Still, at the very beginner white belt level, those guys would kick our asses every single time. That’s just a fact.

I love GJJ, for someone like me, and many others, this program is a God send. I am so jacked up, and this program allows me a way to continue learning and training without breaking me up too badly. It is much safer for beginners and you are less likely to get injured while learning. Many of my injuries have come from previous sessions of hard sparring, ego, and refusing to tap. All things that could have maybe been avoided if those things were put in check early on. Also, I’ll say it again, the details I’ve learned there have been critical to my skillset!

I was told that this post would upset some people. I told you, I train and love GJJ. You would think it goes without saying, but I’ll say it anyway, this post is not meant to crap on GJJ, I hope that this is obvious, clear and understood. I repeat, I currently train in GJJ and I love my school. I am simply trying to provide an honest answer to a question I have been repeatedly asked by my friends who train jujitsu, “At the white belt level, who takes the w in a fight, all things being equal, GJJ or BJJ?”

So? What do you think of my assessment? Do you Agree? Disagree? Am I being fair? I’d love your feedback.