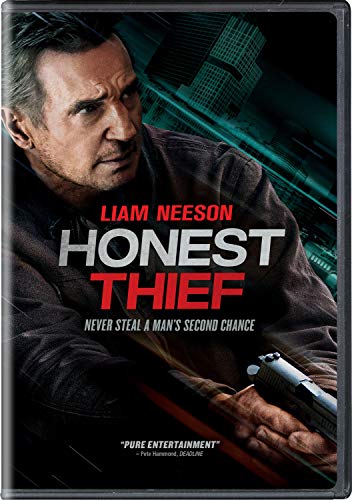 This movie was your typical Liam Neeson film. There are some bad people who cross him and he makes them pay in the only fashion Liam Neeson can deliver: A serious butt whooping.

The story is about an “honest” bank robber who wants to come clean. He stole the money because those businesses wronged him. However, he’s now a man in love and wants a clean slate with his lady. Yup, that’s the premise, he doesn’t want any lies between him and his lady.

Uhm, Okay. You got away with it already, you are rich, but risk going to prison, living in poverty, and possibly losing your lady because you want to be so damn honest… Instead, if his conscience was bothering him, he should have taken some of that money and actually helped people in need. Damn wannabe saint… Anyway, I digress.

So as he tries to return the cash, he encounters some dirty FBI agents who initially doubt him but eventually realize that he’s for real. When they see how much money he has they attempt to steal the money that he was trying to return. In the process they do some really nasty stuff and you know that they are gonna have to pay for that nonsense. In case it is not clear, this is Liam Neeson we are talking about, and if you are smart, you definitely don’t wanna cross this guy. Apparently, these dirty FBI agents missed the memo.

Even though it kind of feels like Liam Neeson has been typecast ever since playing his iconic role in “Taken,” I can’t get enough of this guy playing these roles, so for me as a Liam Neeson fan, it is a win.

Honestly, I had never heard of this movie before this recent viewing, but I’m glad it came up on my recommendations on Prime video as I enjoyed it thoroughly. You should definitely check out “Honest Thief” on Prime.