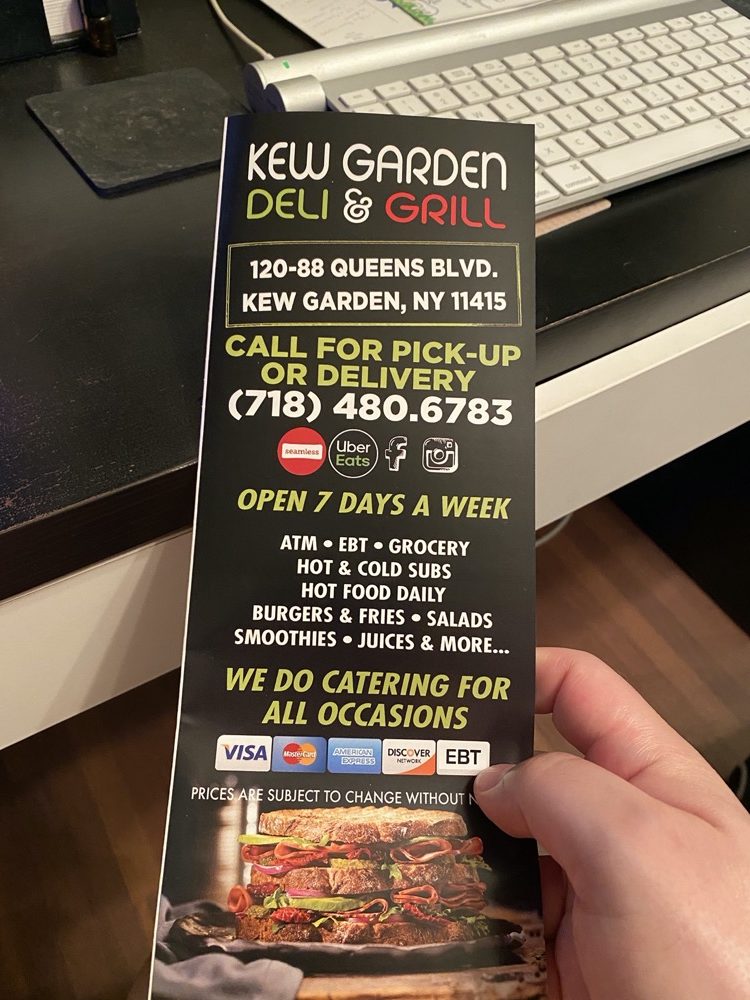 Sometime ago we lost our 24 hour deli in the corner. After many months of work and nothing there, we now have this new spot called Kew Gardens Deli and Grill.

The place is just your average deli with chips, drinks, cold and hot food and basically that’s it. There’s nothing special or bad about it.

Few things to note, they are not 24 hour like their predecessors, I think that they close around 10pm. They take cash and credit cards with no minimum limits which is always nice. They also take EBT as well. If you want ham then you are out of luck as they don’t serve pork here. The new owners aren’t with it and this is presumably due to their religious beliefs. I didn’t ask but its the only reason that makes much sense.

I had the above sandwich and I asked for ham. The gentleman making the sandwich said that they don’t carry ham and that he’d use turkey. I said sure, I’m good either way. The sandwich was a pretty good sandwich and cost me $6. When they opened they had 40% off, but I’m not sure if that’s happening anymore. This means the sandwich may cost a bit more, we’ll see.

Hey look, if you want a sandwich or some chips and drink, well, you now have another bodega option.